I wanted to share the progress I've made building a DS lite pi. I built a gameboy spw from user ABH and had a bunch of spare parts. Unfortunately I am in the process of moving so I will not be able to work on this for a few weeks till I get settled in the new place but still wanted to share my progress.

I first removed the DS and GBA cartridge slots. 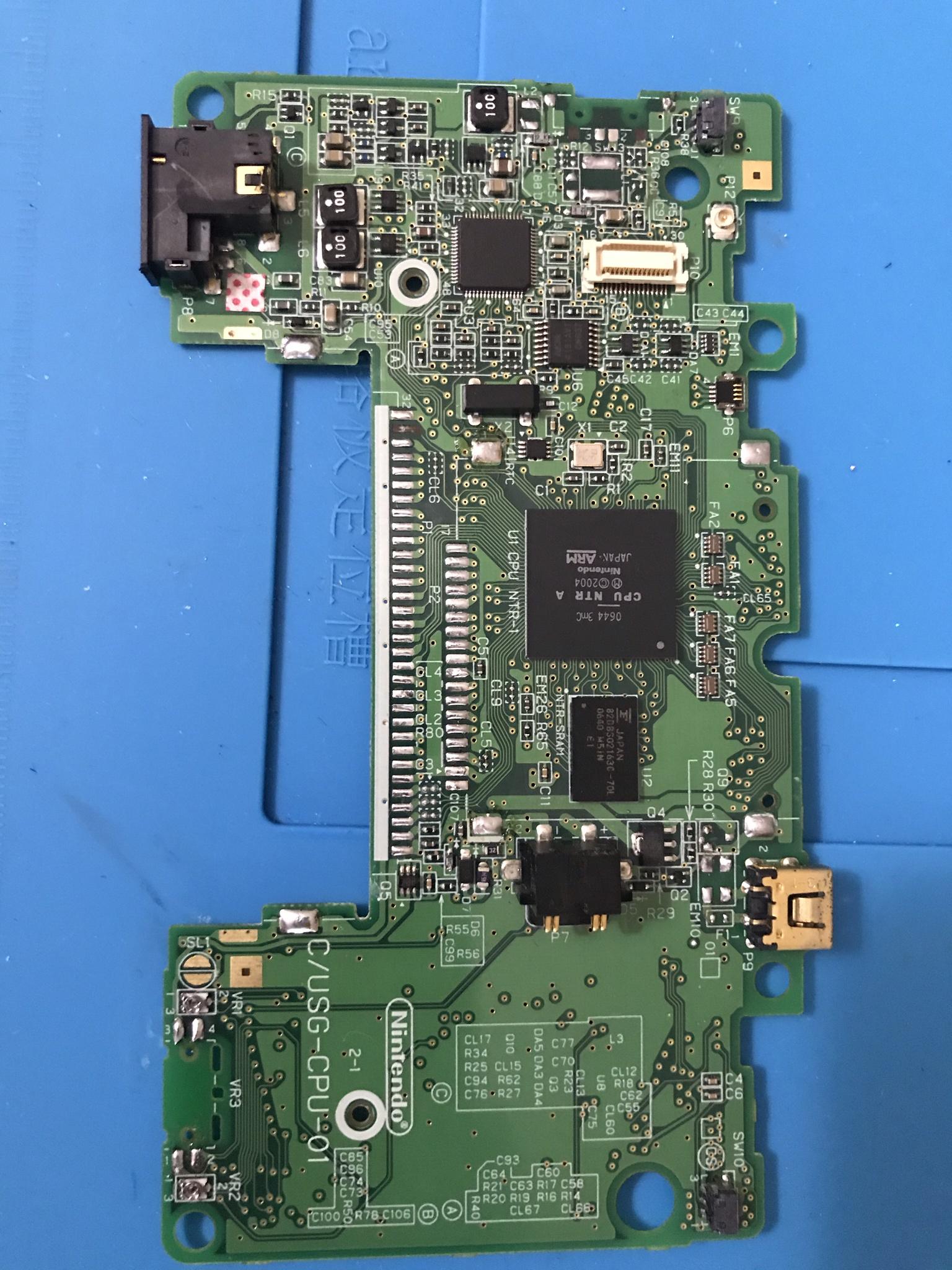 Next I removed the components that connect to the power jack. 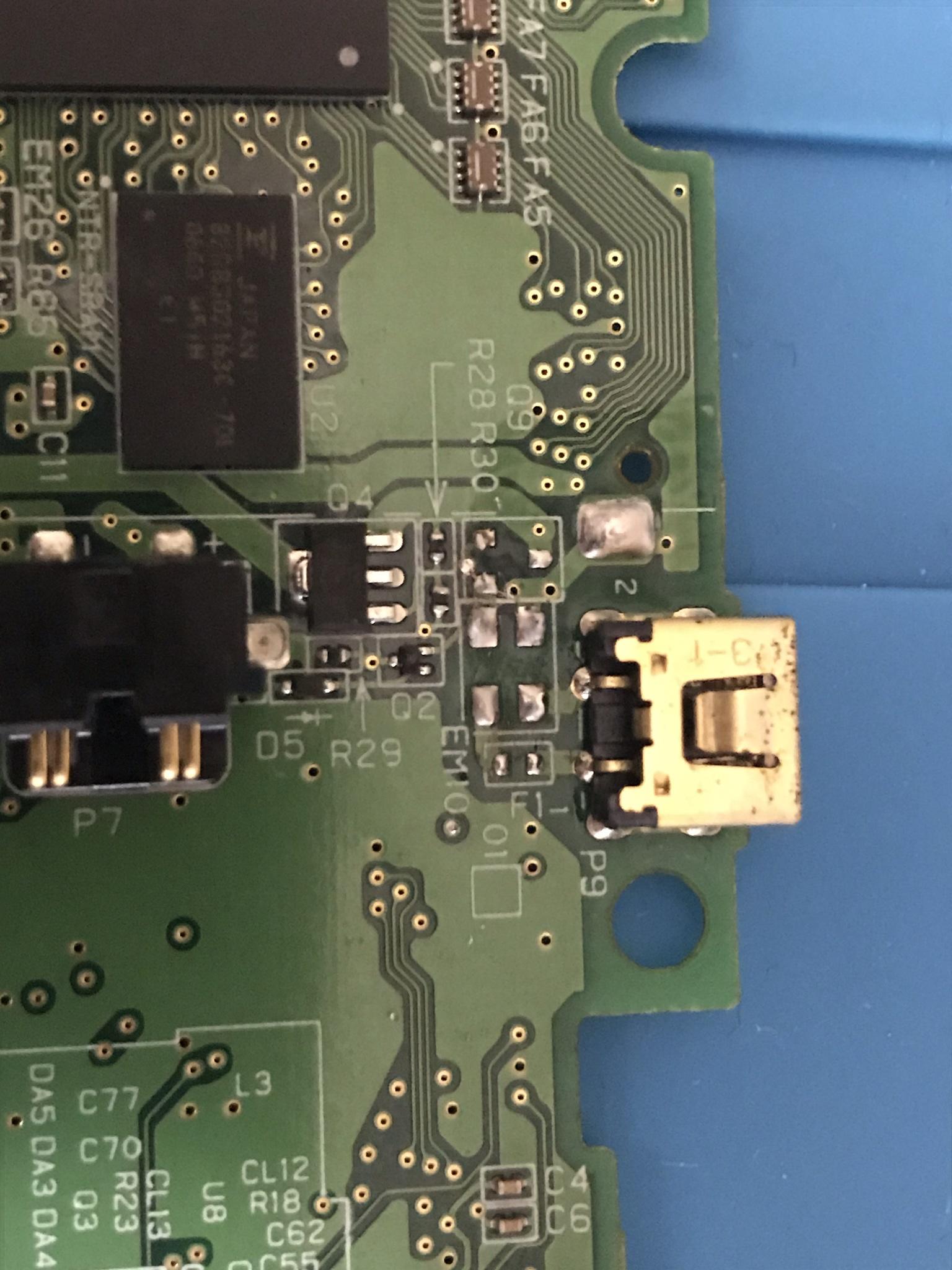 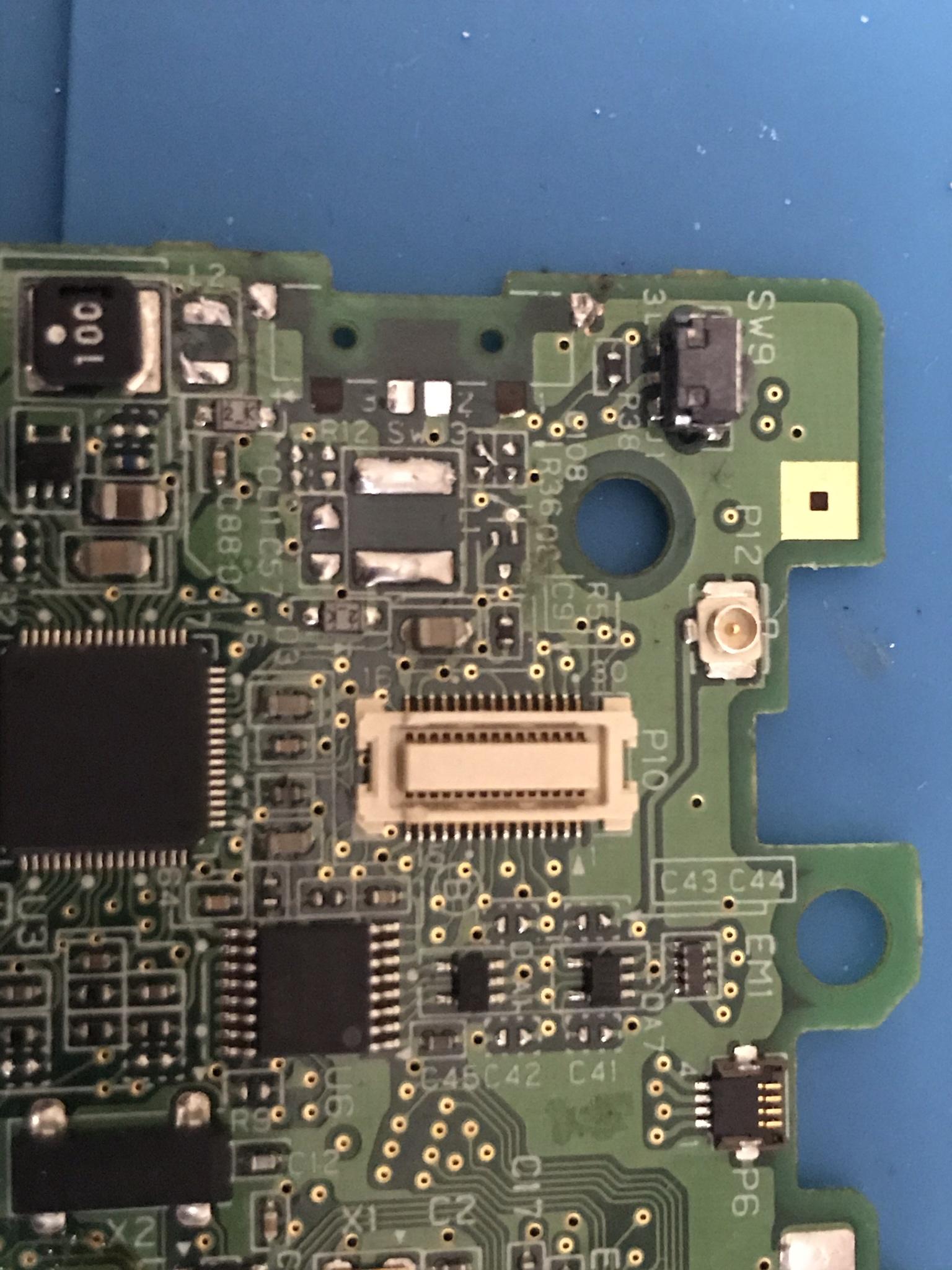 I also removed the volume slider. But I would like to use it if possible. 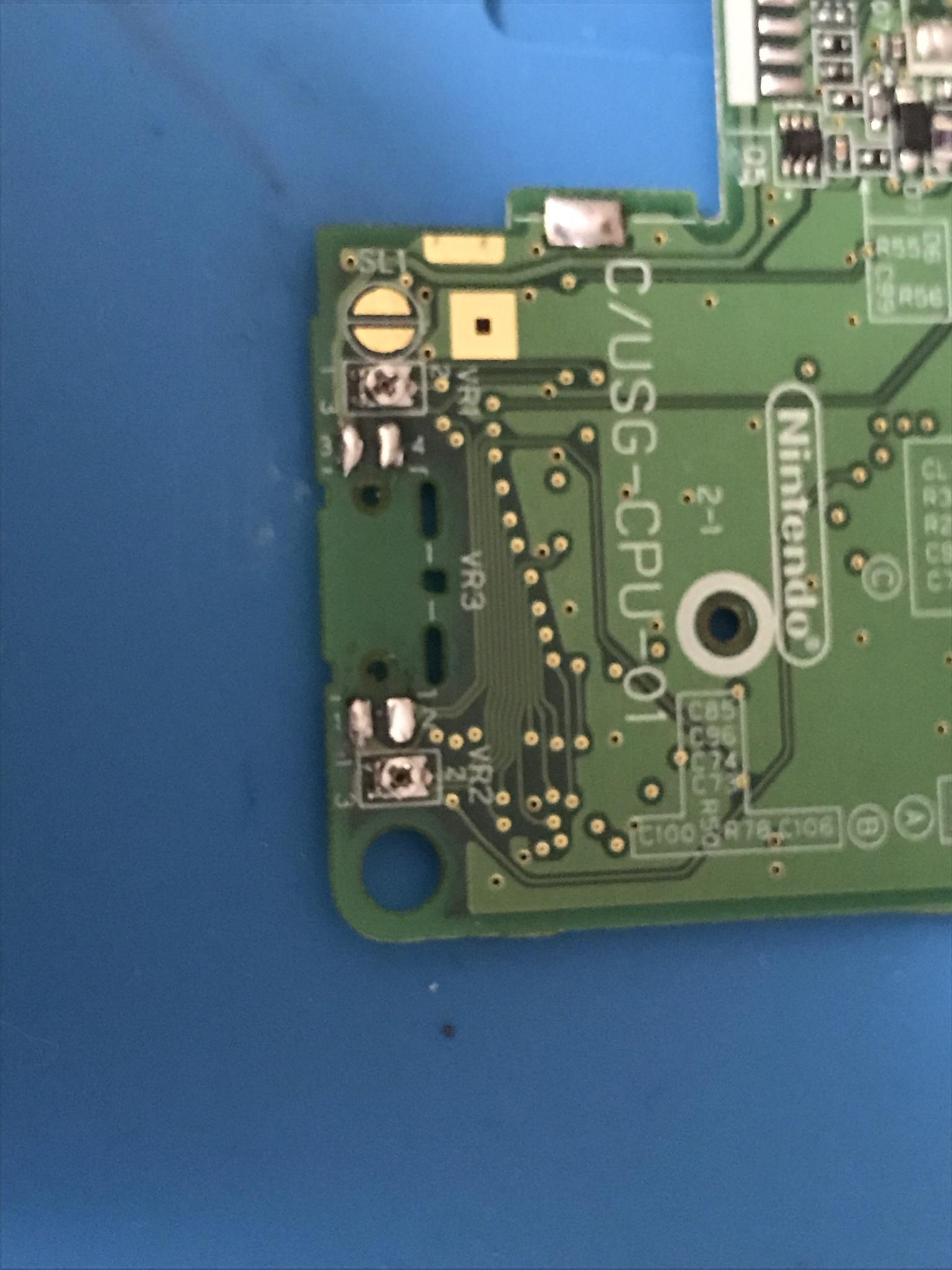 One thing I did not get a picture of is I had to remove the CPU from the board. This will cause some issues that I will discus shortly.

Now its time to connect the buttons, I found this picture with the button test pads. 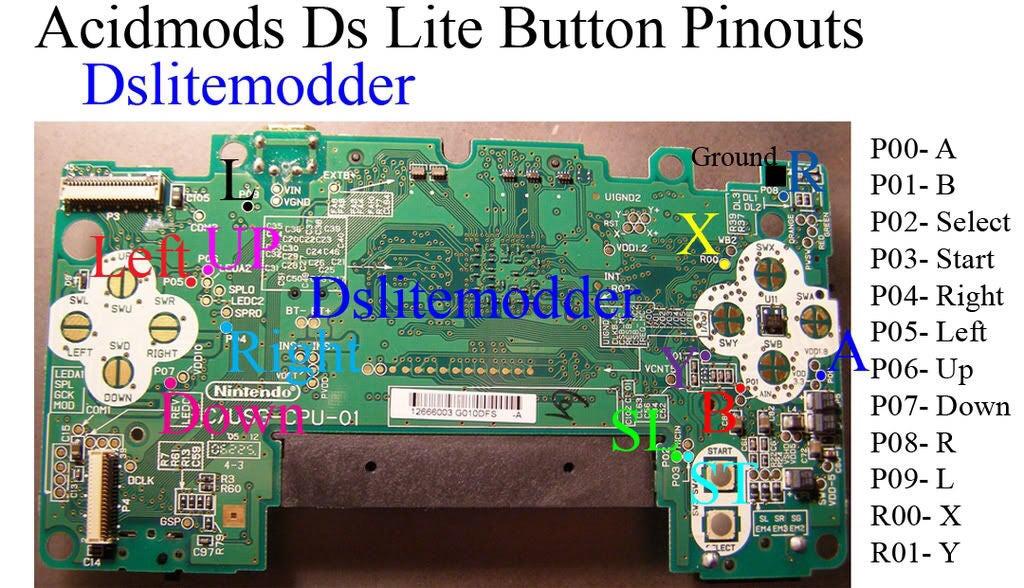 I used the test pad to connect some cables and placed the pi where I wanted and held in place with electrical tape. 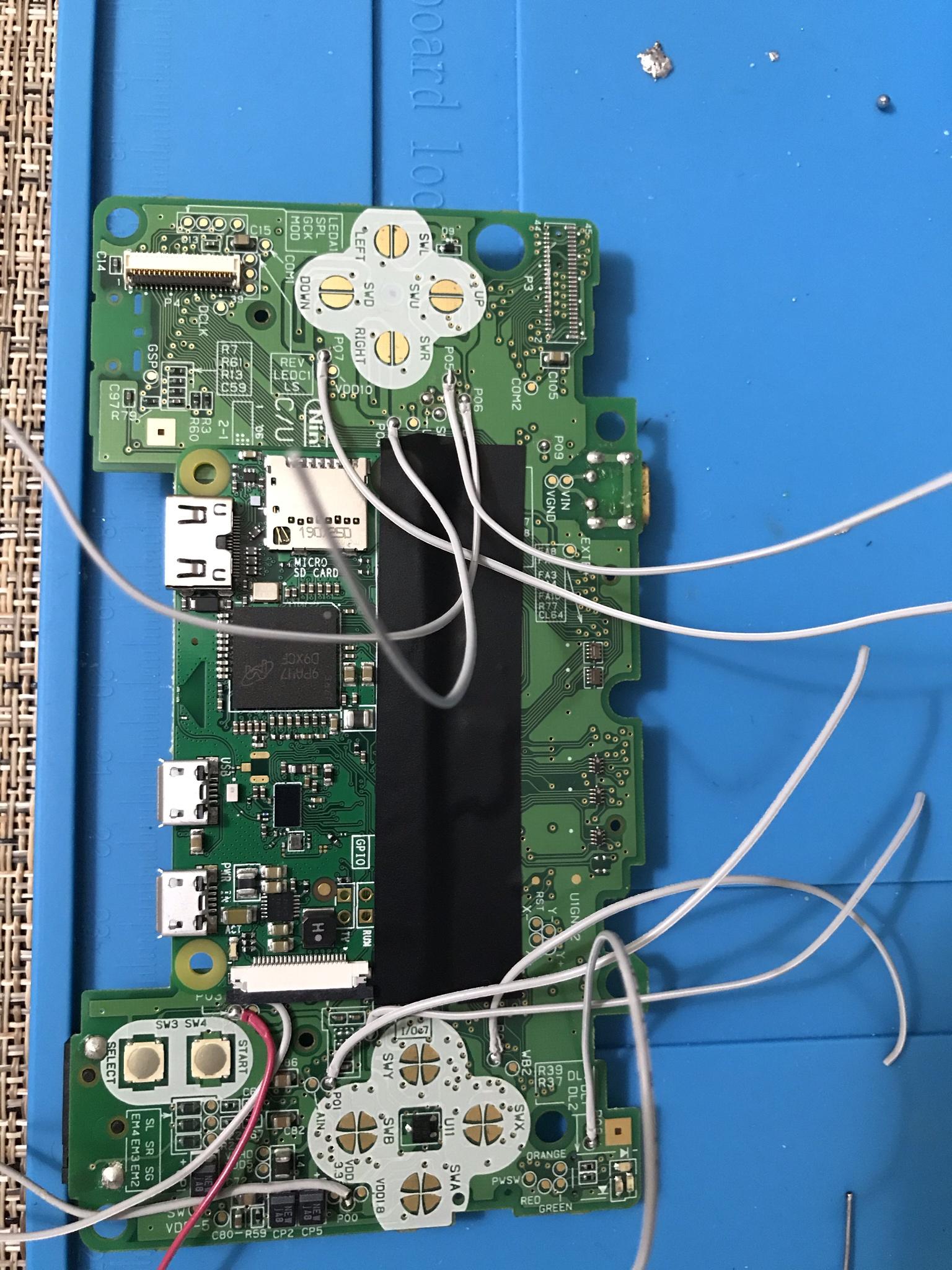 Then I test fitted the board into the bottom half of the shell. 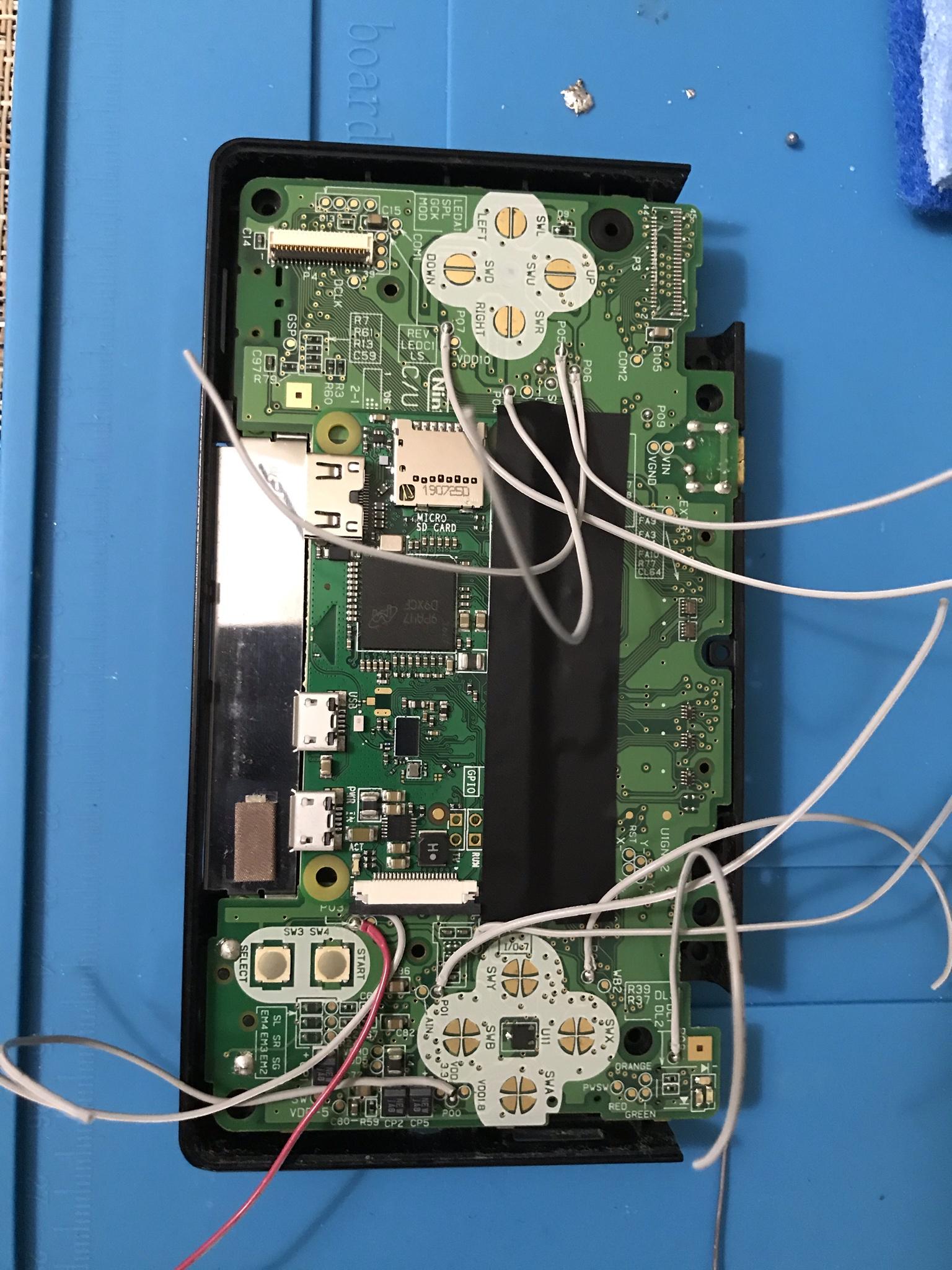 Got some extra space so it wont touch the metal cover. 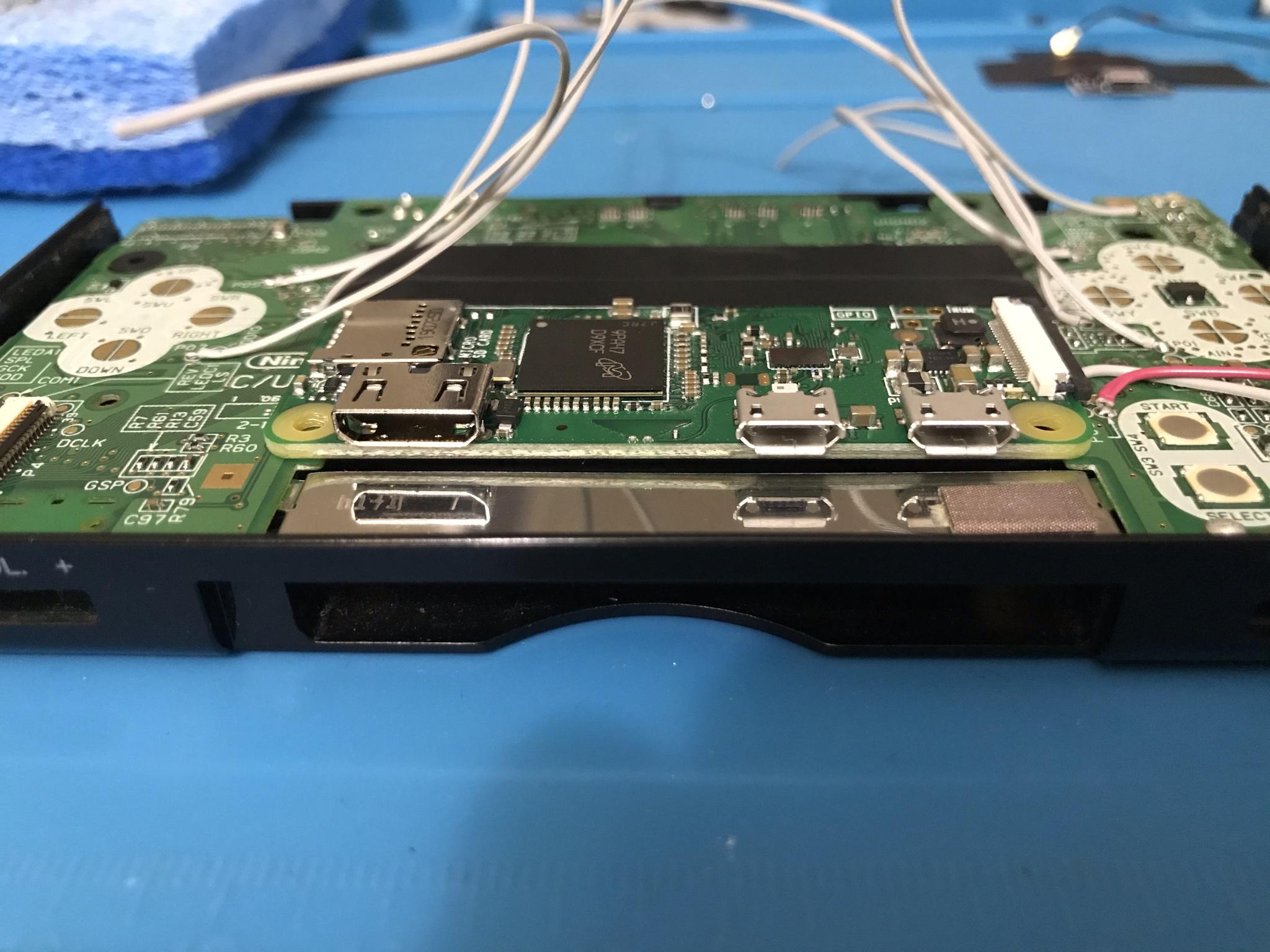 Bottom view of the board and pi. Still have access to the power and usb pads. 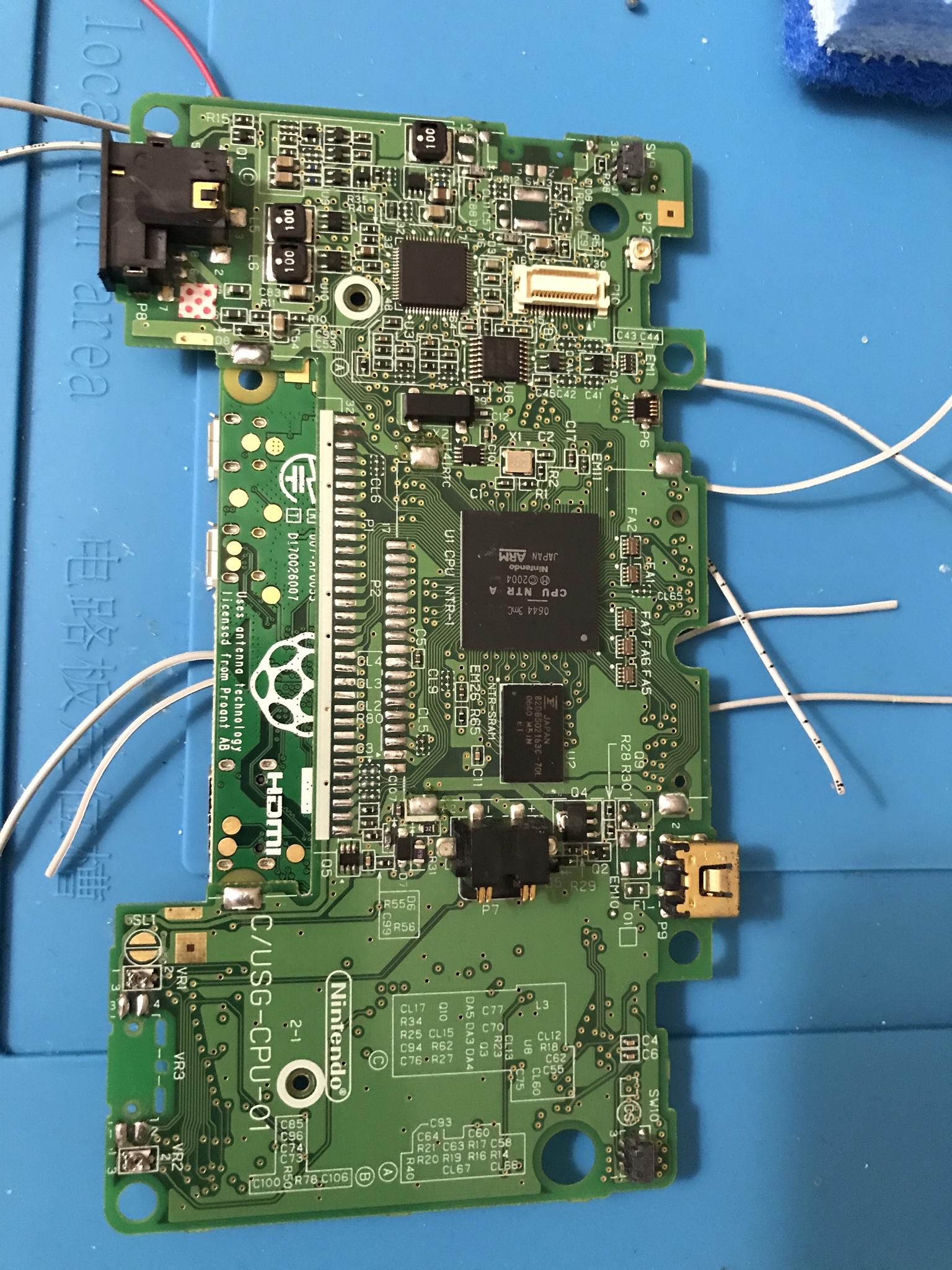 Then covered the bottom of the pi zero with electrical tape. I cut any overlapping pieces of the tape to make it flush. 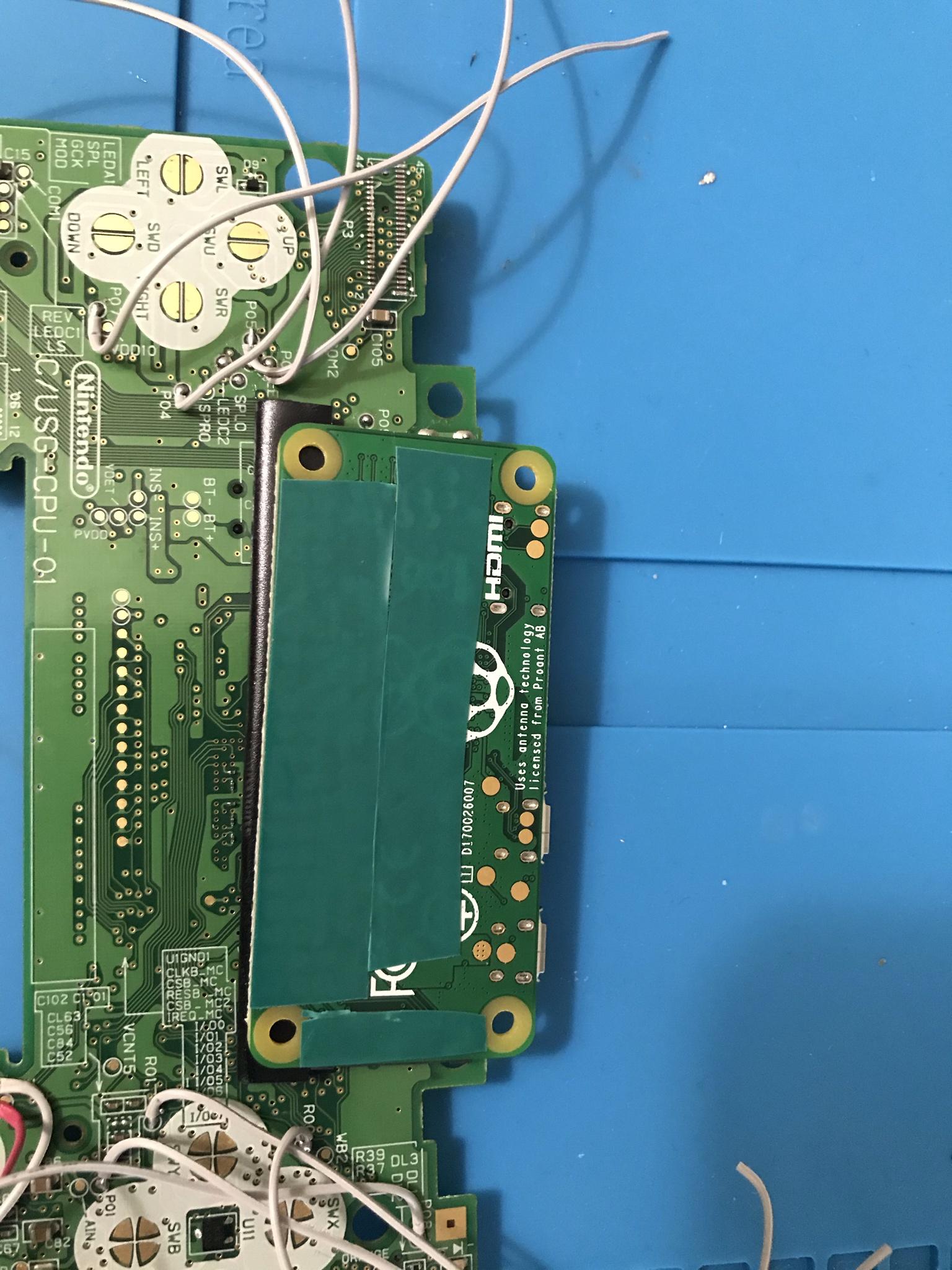 Hot glued the pi to the board with 3 dots. 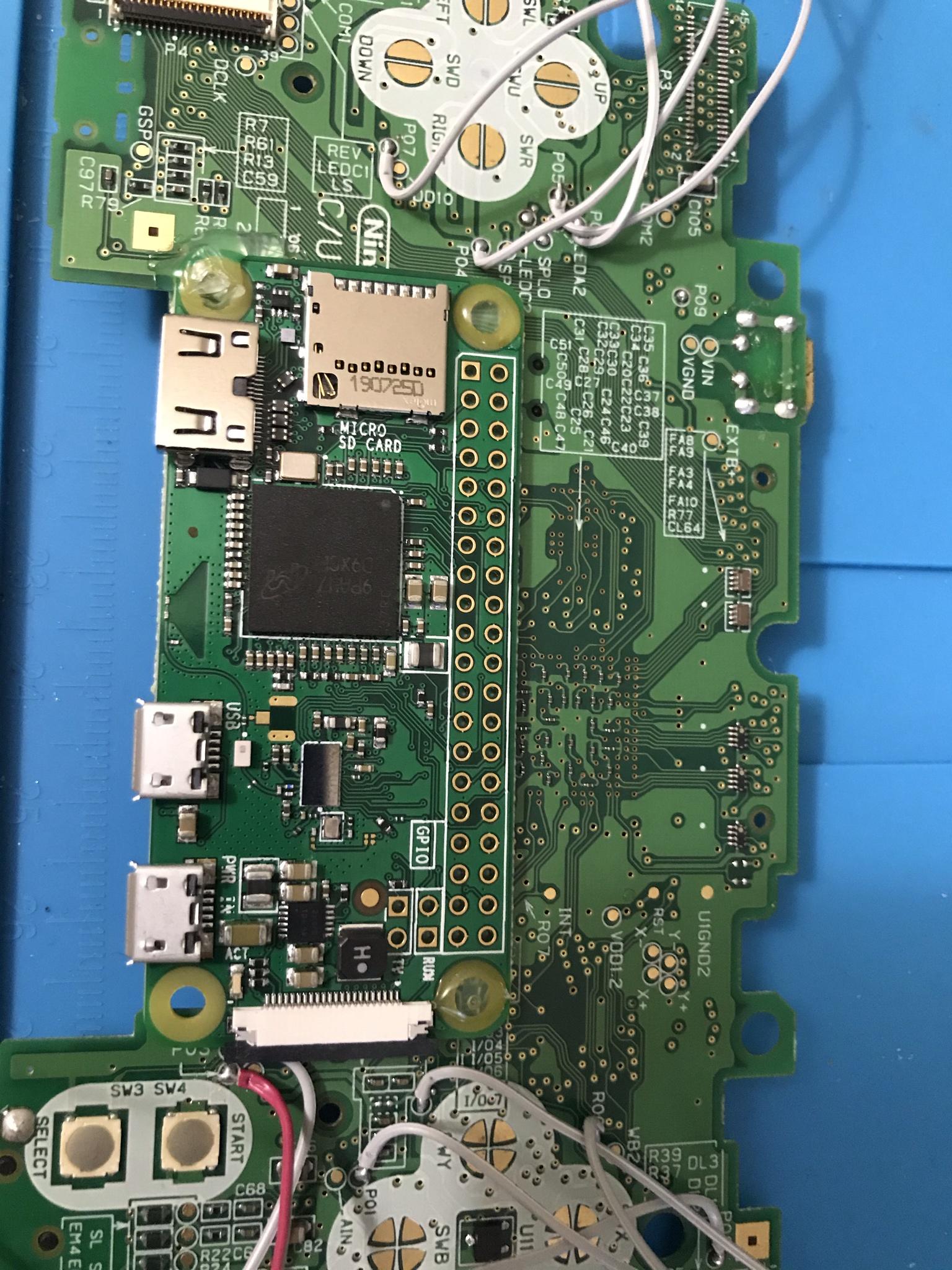 Began to solder the buttons. These cables will be replaced with thinner ones in my final build. 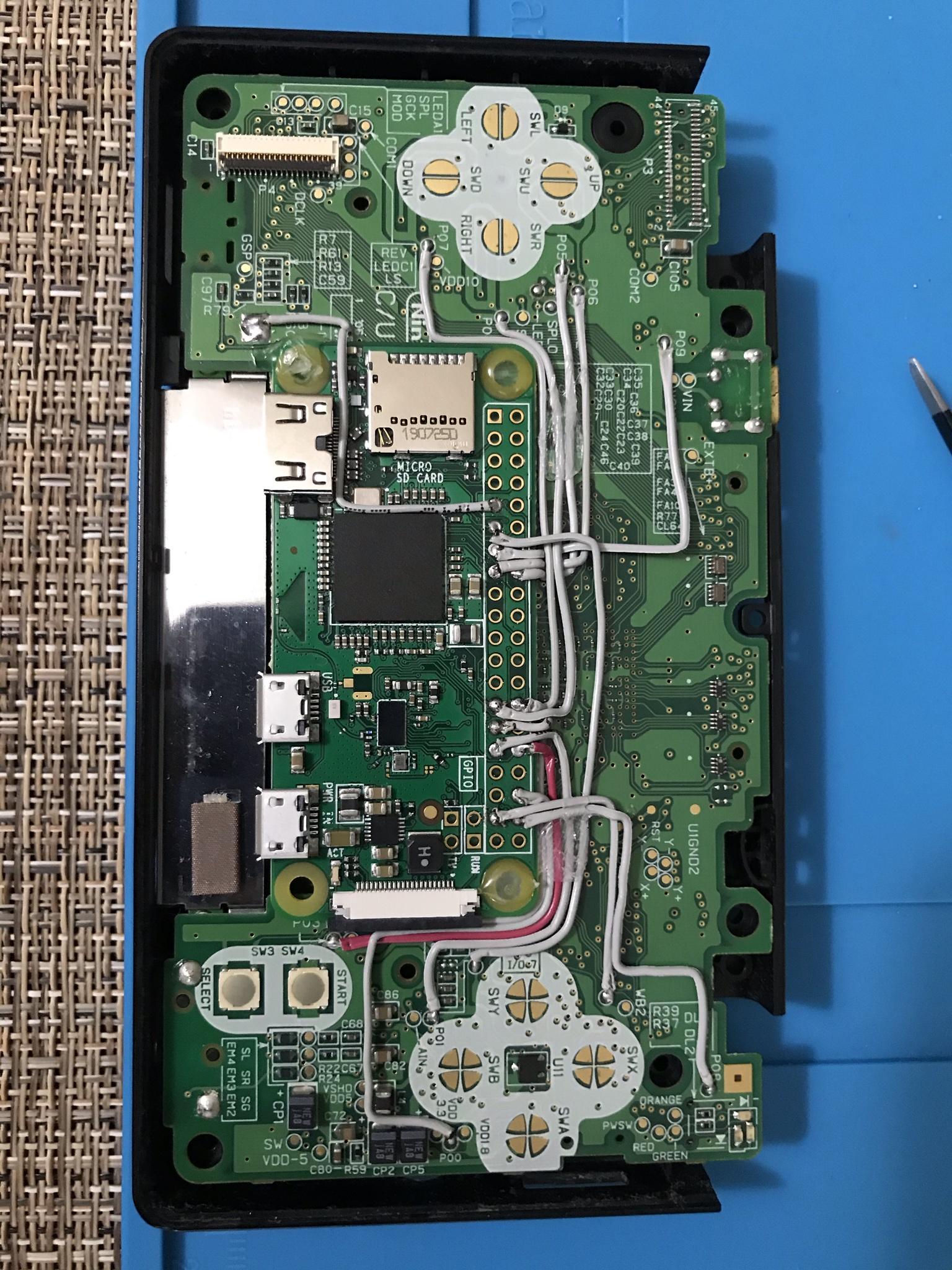 Now the power circuit on the back of the board. The TP4056 can be used form the DS cartridge slot. Original DS lite charger and battery can be used. 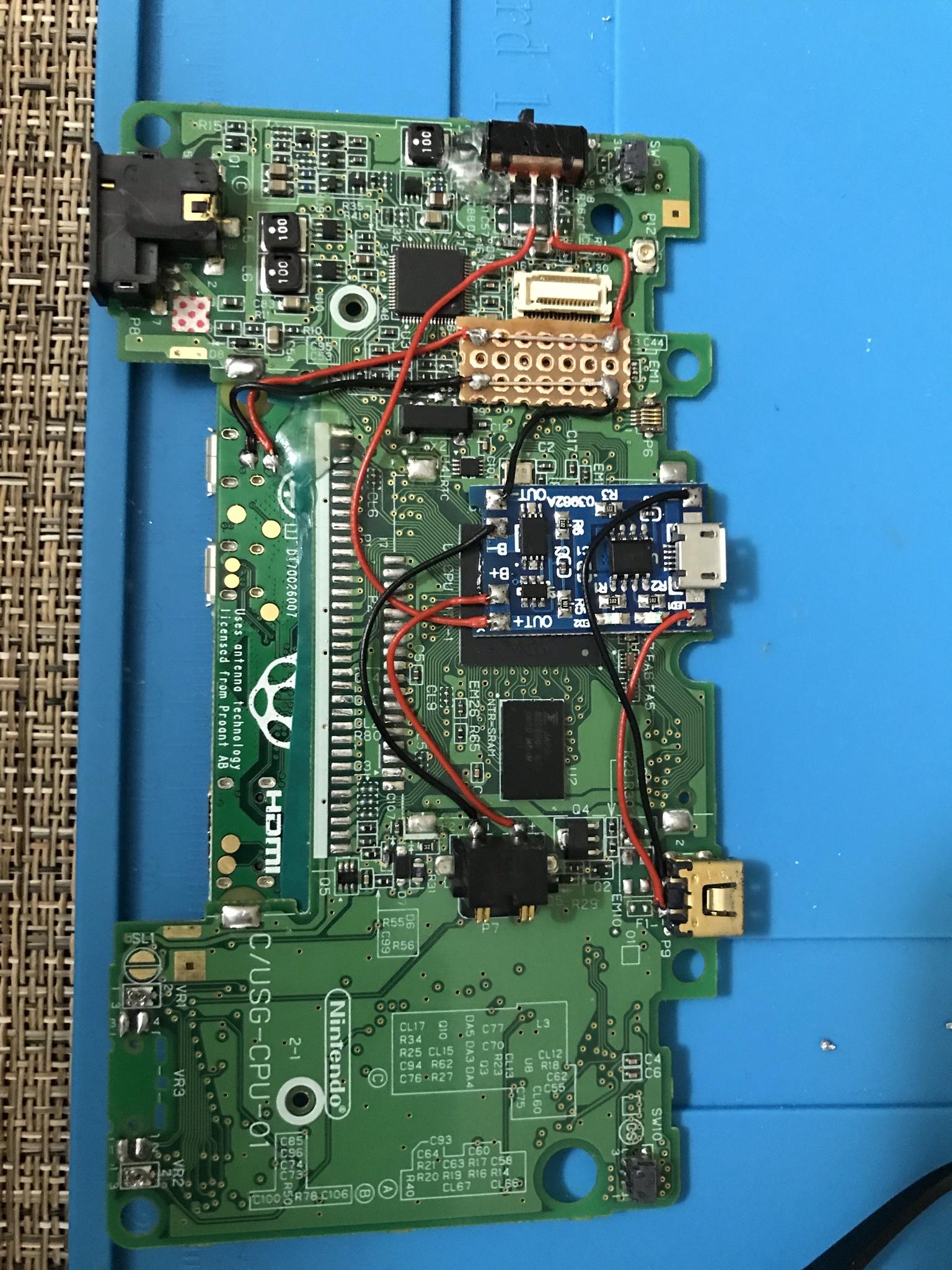 Next I attached the screen and began to test everything. 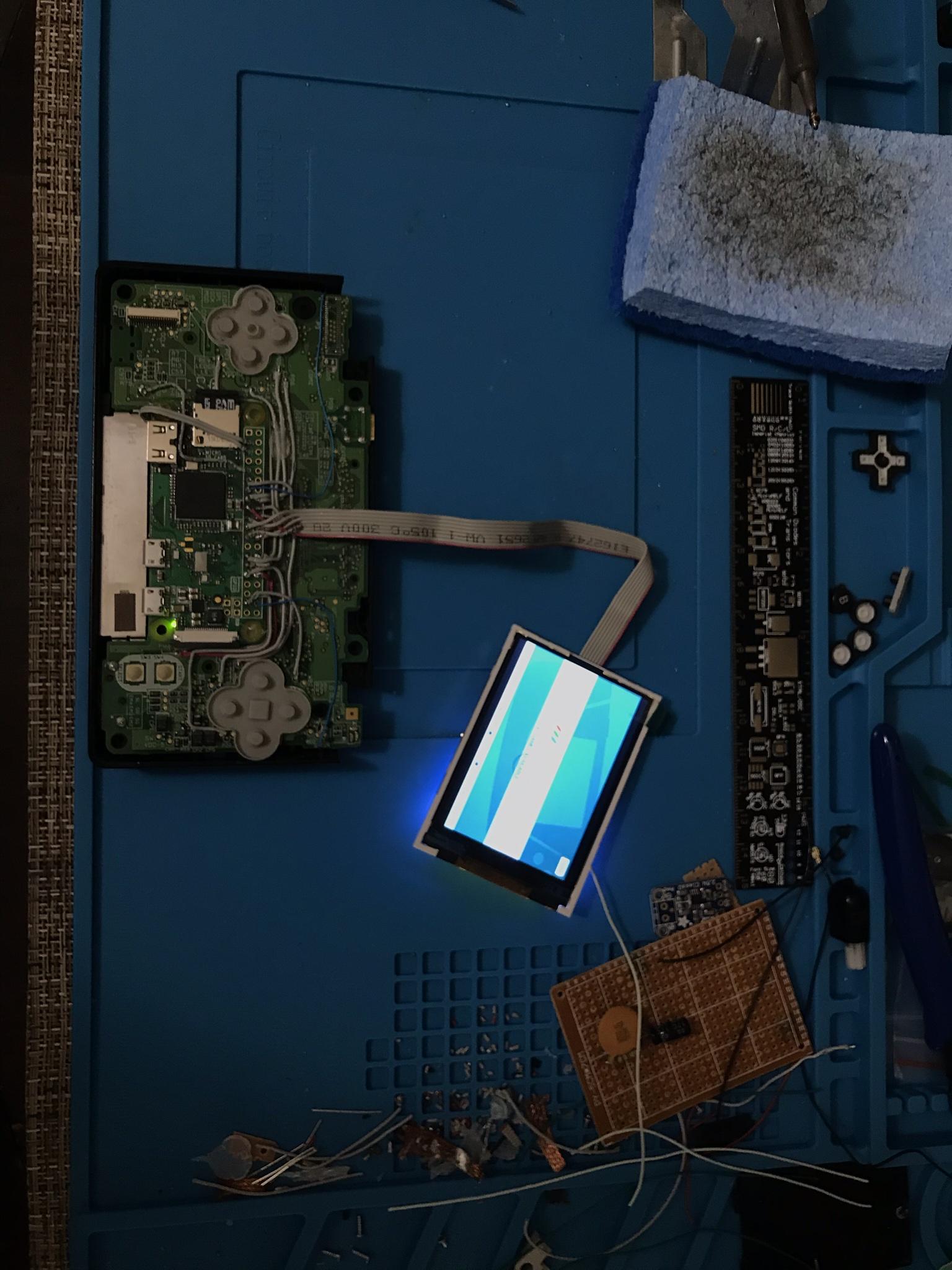 The screen worked but not the buttons. As I pointed before, the CPU (under the tp4056 charger) had to be removed since somehow it would get some power and interfere with the button inputs. Once removed, the buttons worked with no issues.

I used the 3.2 ILI9341 SPI screen and fits perfect where the top screen on the DS wold be. Just had to modify the shell a bit to compensate for the length of the screen (will post pictures of this in a few days).

To do:
I still need to add sound. I was thinking of using Adafruits MAX98357A but this wold require me to change the volume with buttons combos like select + UP. I would like to use the original volume slider, if anybody has any idea on how to do this please let me know. Any recommendations would be welcomed.
Top
Post Reply
1 post • Page 1 of 1