MiL0 wrote:I think designing a new case based on the DMG dimensions might be the safest solution, from a legal perspective. It'd be a shame if Nintendo shut this all down because we'd infringed on their IP. This also allows us to design it so that all the components fit perfectly.

Also, further down the road, a kickstarter might be quite a good option for mitigating cost risks and guaging interest.

I understand that we need to build it according to have a place for components but having something close enough to the original to get a quote is a good starting point. Anyone know who here on the forum is a 3D guru to design a new case with the parts we have in the majority of the builds so they all have a place?

I have someone who I have worked with before on 3D models and is quite good at building around PCBs and all but this is a big project and I don't want to bother him with it until we have an idea of the pricing of manufacturing and see if it's going to be worth it or not.
Chat with me and other members On Discord

Don't contact me about obtaining my board files (as you will not get them). If my Boards or PCB Kits are sold out, they will be restocked as soon as I can get them and there is demand for them. You can join the mailing list on my Website to be notified when they are available.

We will not support any cloned work so don't come to us with technical issues to resolve, go talk to the cloner for help.
Top

[mention]Fleder[/mention] posted some models in the forum for someone else.

MiL0 wrote:Anyone know who here on the forum is a 3D guru to design a new case with the parts we have in the majority of the builds so they all have a place?

alien0matic wrote:[mention]Fleder[/mention] posted some models in the forum for someone else.

While we're talking about differences/mods, how do we feel about 6 buttons on the front? That would make n64 games better, as well as Genesis and SNES StreetFighter 2 easier to play.

We can also put the d-pad and analogue stick in a more optimum position.
Top

and all that in classic gameboy or in another look like gb pocket, gb advance or even a custom 3d printed case ?
Top

MiL0 wrote:Just wondering if anyone's looked into the possibility of manufacturing a DMG case that's pre-moddified so that you can get straight on to the electric side of things?

Where's the fun in that?

I think part of the fun are:
1. Modding the case to suit it to your liking and making it unique/personalized while retaining the classic look.

2. Fooling someone that you are using a classic Gameboy then suddenly he/she realizes that it's got more buttons and a color screen and can play more games than the old GB games.

I brought my GB Pi2 in a recent company gathering and a colleague noticed I'm playing with a GB. He didn't bother asking me about it at first as he thought it's old school Gameboy until I showed him the 4 buttons, back buttons and the color screen. As soon as he realized this he became very interested and thought of building one himself. If we come up with a custom casing, it will lose the personality of the classic DMG-01 and will not have the same appeal.

Rather than come up with a fresh mold, I think a more viable approach is be able to know the one who currently produces the DMG-01 replacement casing, which I doubt is still Nintendo, and ask if they can modify the mold for us. Even so, the market should be large for this producer to get interest.

As for the 3D printing option, it's still easier to modify a GB case than to get a model created and customized. Then comes 3D printing which will require significant trial and error, wasting printing material before an acceptable unit is finalized for distribution. Not impossible but would certainly require a lot of time and money to achieve.
My GB Pi2 build (95% complete) | My PortaMAME build (Completed)
Top

chiz wrote: Where's the fun in that?

I think part of the fun are:
1. Modding the case to suit it to your liking and making it unique/personalized while retaining the classic look. . . .

That's actually the least fun part for some of us!

Well, actually.. It used to be the fun part for me too! Now I WISH I had the proper setup for case modding at my tiny studio apartment. I used to love dremelling, heat forming plastic, drilling, sawing, and similar, but now that I live in a tiny place with:
Things are a bit harder. Soldering and tinkering with breadboards and no-mess tools are about the only thing I can do in my limited space :p

maybe with little snap-off/ squares in the side of the case where you could potentially add more small dip switches and customize it to your liking. I had to add a small 5 position dip switch/Joystick to mine (protruding from the DC Barrel Jack) because I can't fit the L/R buttons anymore

Hopefully I'll be getting a replacement 3d printer within a year or so and make my own dreams come true :p I used to be great with Autodesk Inventor but just haven't had the free time anymore. I'd love to contribute to a case model somehow though
Top

Sorry to bump this older post, but has there been any luck with getting this project off the ground? Would love an exact replica of the original DMG with the extra added x and y buttons as well as a 3.5 inch screen cutout and maybe some back mounted buttons

chiz wrote: Where's the fun in that?

I think part of the fun are:
1. Modding the case to suit it to your liking and making it unique/personalized while retaining the classic look. . . .

That's actually the least fun part for some of us!

Yeah i've modded two cases so far and getting the button holes perfect along with the bezel is next to impossible without practicing on at least like 5 cases before you go in for the kill. :[
Top

Drilling the button holes has been the downfall of a few DMG shells for me. Bad technique led to 1 cracked case, 1 gouged near the button holes, and 1 button hole that ended up with a big chunk taken out on one side.

My lessons learned: Use a 11mm drillbit. Use FAST drill speed. Use LIGHT pressure on the bit while drilling. 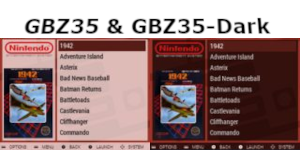 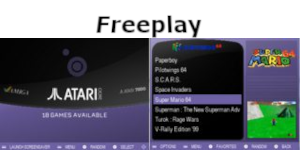