I’ll be posting some pictures and notes from a build I’m working on here. 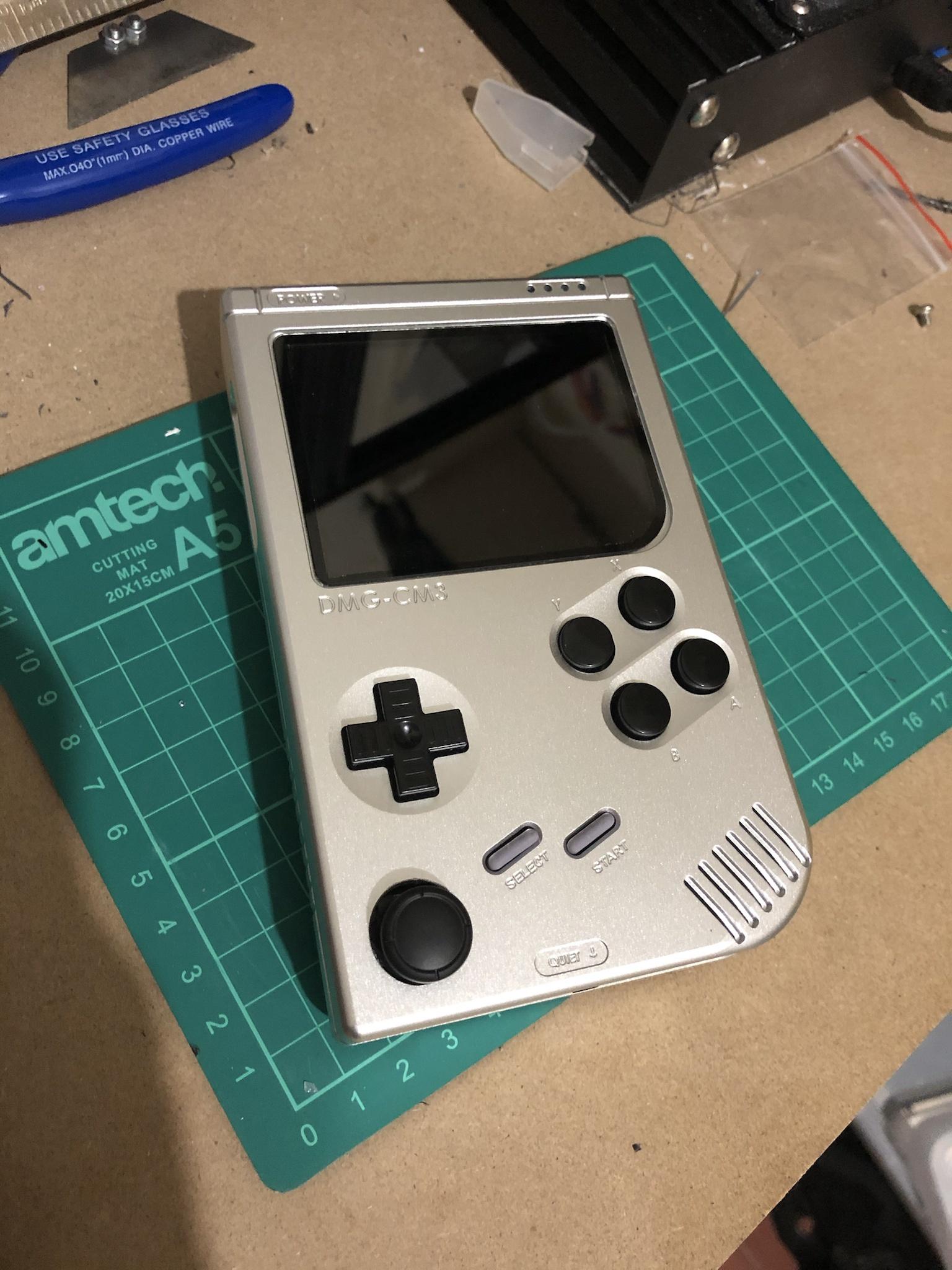 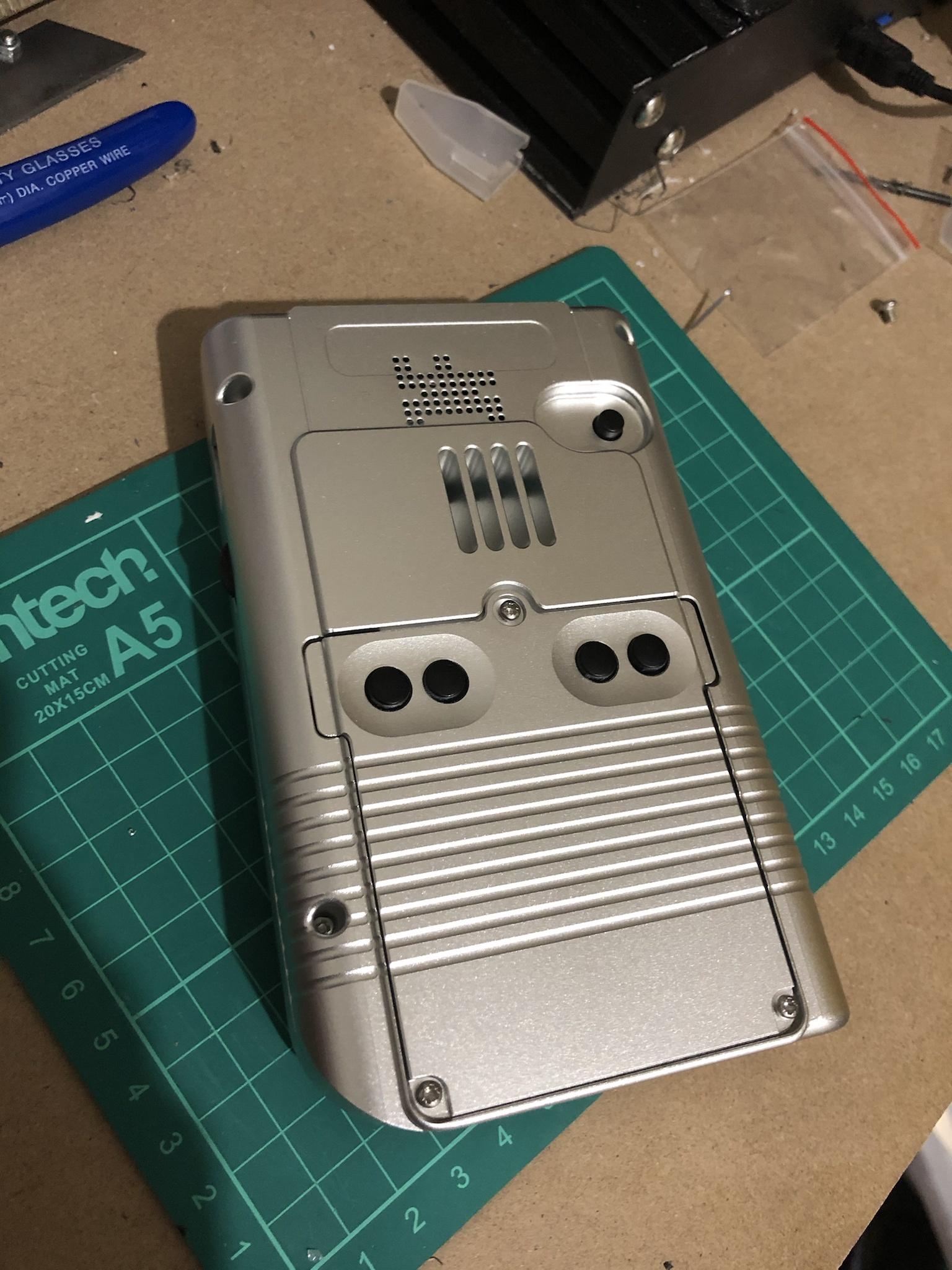 The first thing I set to work on was expanding the opening for the volume wheel. Boxy Pixel makes the shell to fit the standard board and the opening is neither wide enough or deep enough for the wheel. A bit of filing and it fits nicely though.

Next up the Joy Con stick. It took a bit of work to figure out the wiring but I got there in the end. The Boxy Rev. C shell has a little dimple to drill out your own joystick hole, but it’s placed to suit a PSP-2000 stick. The Joy Con stick lines up differently so I made myself a drill guide and a cover to align and hold the joystick correctly once it’s all assembled. If you’re thinking of doing the same I’ve attached the stl’s for drill guide and cover below.
You’ll need a 3mm drill bit for the drill guide and a 15mm drill for the joystick - Joy Con sticks don’t have a separate cap so it needs to be a big hole! I used a stepped drill bit and went to 16mm. Use a file to clean up any burrs after drilling, so that the joystick will sit flush.
The Joy Con stick will need an FPC adapter to connect to the Circuit Sword - I used a 6 pin FPC adapter; cutting or filing about a millimetre off one side will make it narrow enough to fit in the cavity below the Start/Select button wells. I wrapped the adapter board in kapton tape to avoid any shorts. 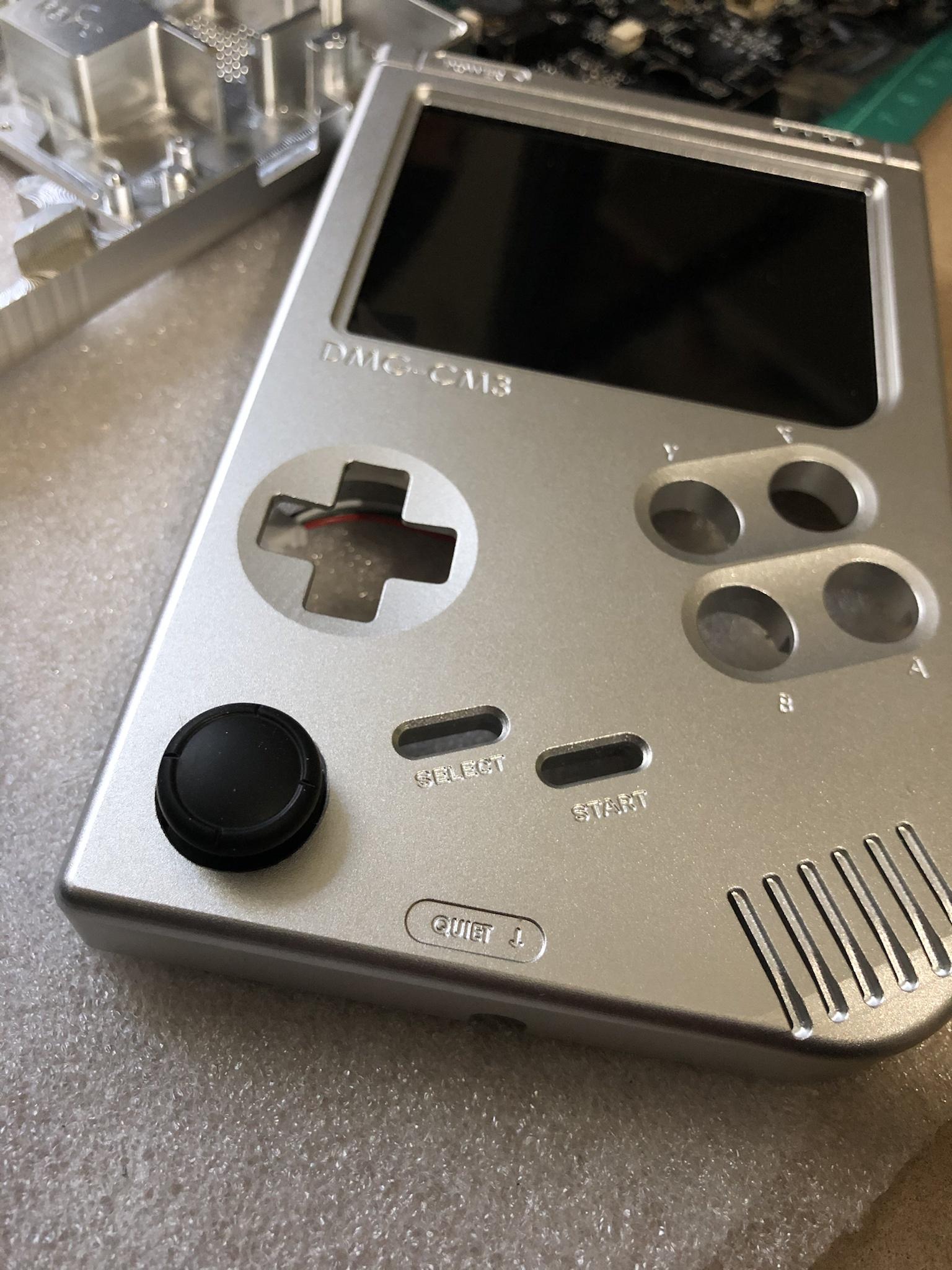 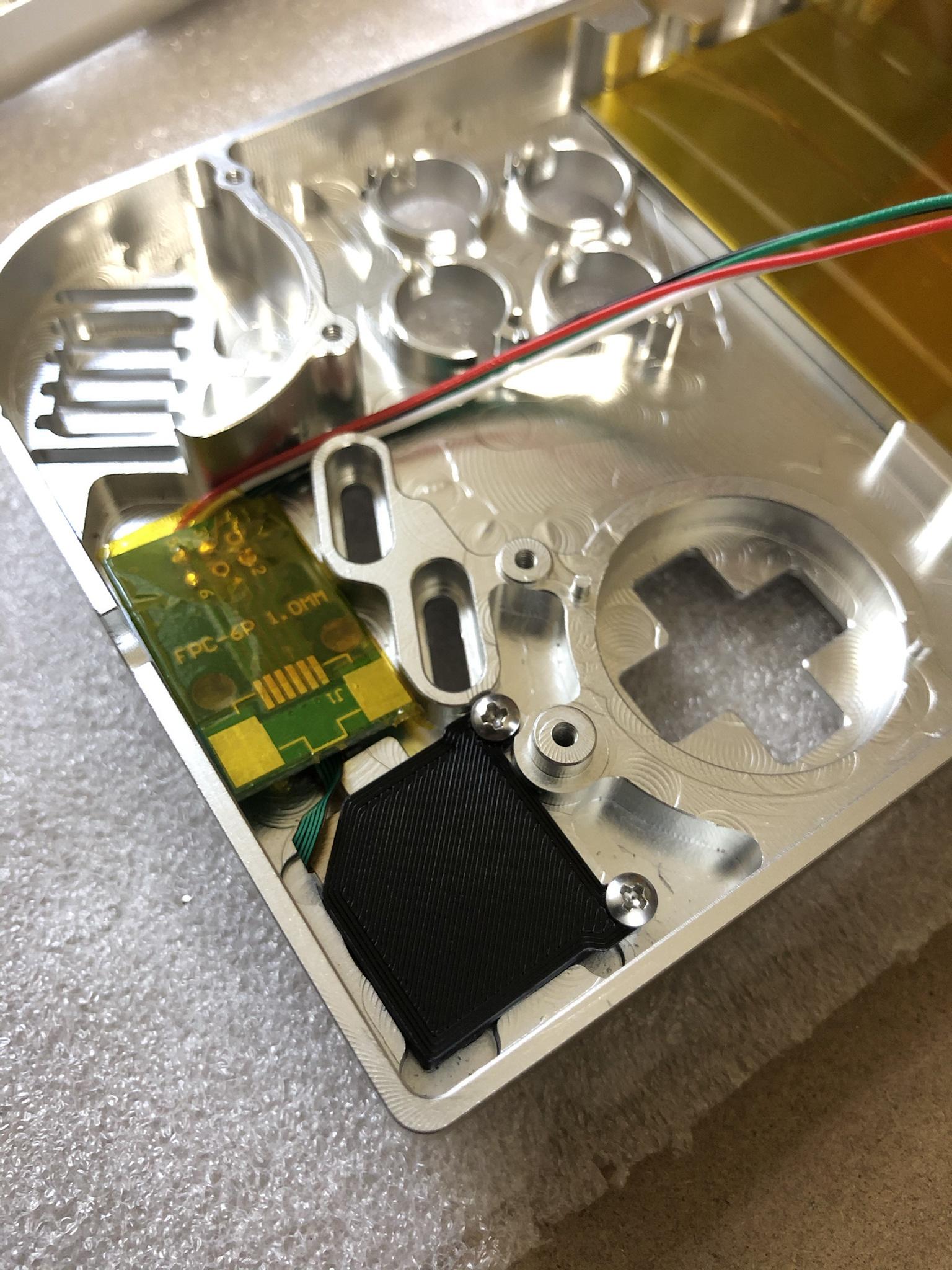 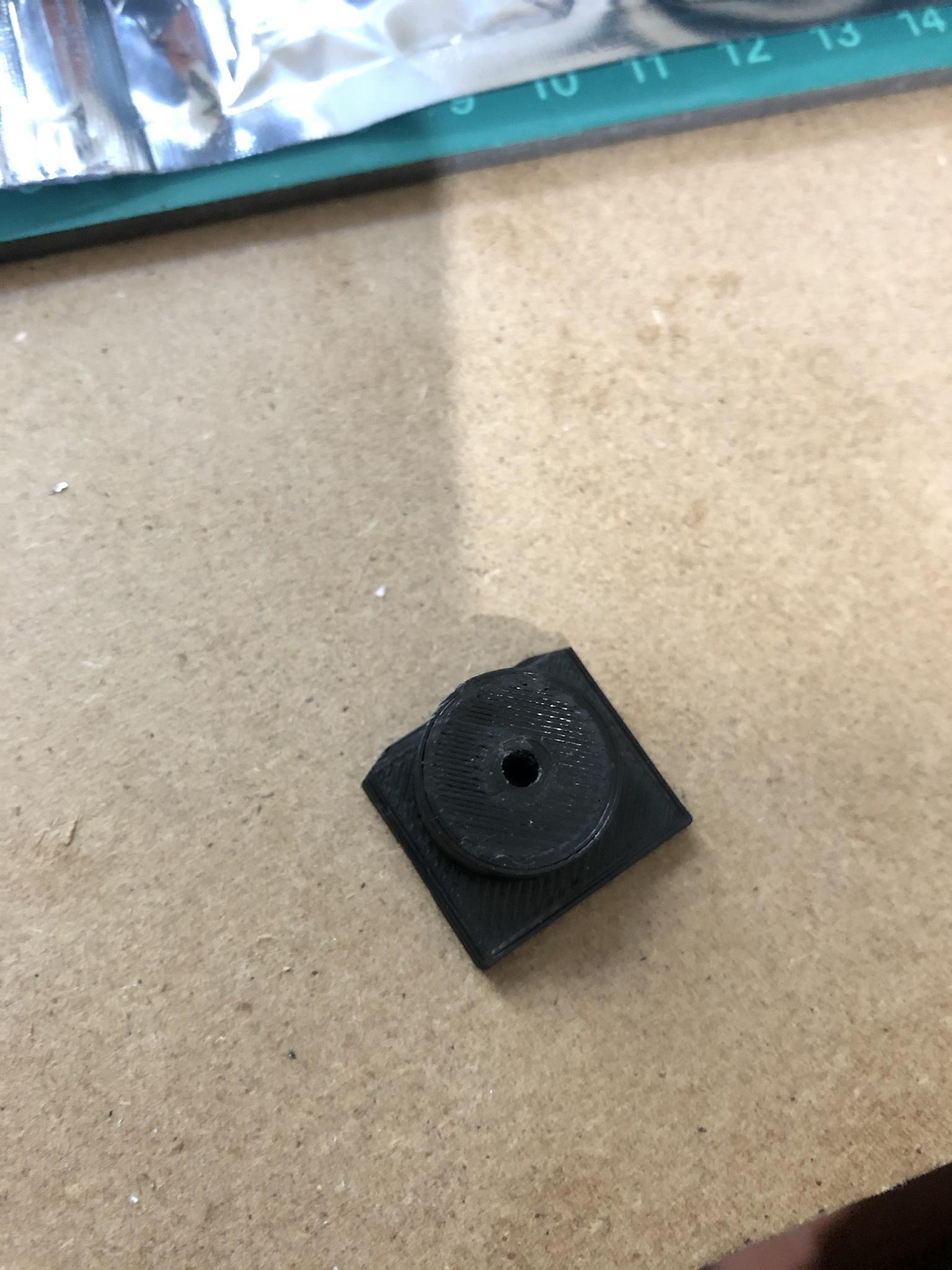 You could use hoolyhoos pcb for the rear buttons but I already had all the switches to hand so I made a 3D printed bracket to hold the buttons in the right location instead. The buttons are each connected to the appropriate L1/2/R1/2 wire and the GND daisy chained between them. Stl for the bracket below.

Boxy Pixel provided me with the stl for the battery holder.

I reused an old glass lens for the screen. I scraped off the old, damaged paint with a razor blade and painted a black border in place before sticking it down.

Stuff left to do:
Fix the joystick - it works perfectly right up until I close the case. I think I’ve damaged the ribbon cable twisting it about when prototyping the fitting

Replace the glass lens - it’s a reused old one and has some smudges and a scratch. Could polish it up but a fresh new one would be better.

boxy pixel back button bracket5.stl
Back button holder
(573.32 KiB) Not downloaded yet

Looks great. Couldn't you have used a PS Vita joystick? would that have been easier?
Top

Yep, it would have. I wanted the true analogue of the Joy Con and to keep it Nintendo though. And a challenge.
Top

Yup, I snapped the Joy Con ribbon cable. To be fair I’d twisted and bent it multiple times when prototyping fitting it and the variations of my 3D printed bracket so I’m not surprised. Here’s what the insides look like if anyone needs to know: 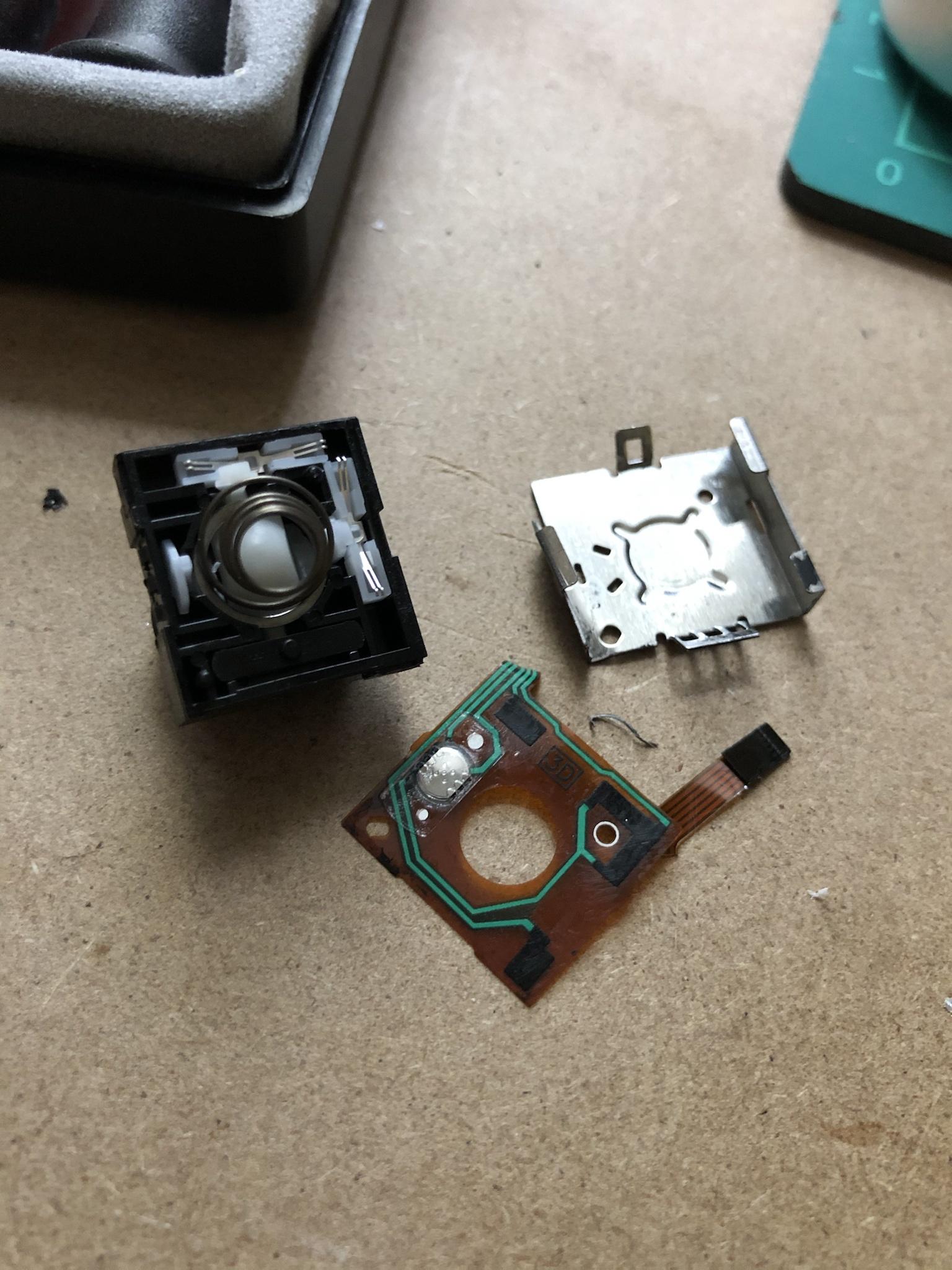 Great Work! Love the silver/black combination. I'm still waiting for my order (Rev A) from boxypixel. I wonder, which button caps did you use for the rear buttons. The DS Lite caps that i ordered have letters (X, Y) on it. That doesnt look good. Could you please provide a link or the dimensions of the buttons you used?
How did you attach the display to the front housing? Instructions just say "drop in". I'm planning to use the vita stick and will use your hints and pictures to attach the fpc adapter.
Maybe you could fix the attachments. stl-files are not showing to me. A picture showing the fixed opening for the volume wheel would be greatly appreciated.
Top

I tried to find an alternative to DSL buttons or at least get the measurements but had no luck, so those are DSL buttons - A,B,X,Y - nail polish remover took the lettering off in one rub!

I just dropped the screen in, no tape or anything. I have kapton taped the back and sides to prevent shorts and that probably makes it a little tighter. It seems to hold fine though. The PS 1000 stick doesn’t need an adapter, I’ve never used the 2000 (recommended by Boxypixel) but I think it does. There’s a joystick thread somewhere on sudomod that has details for the different ‘sticks.

But here’s a couple of pics of it. Basically I filed the bottom down and the upper edge went back quite a way. 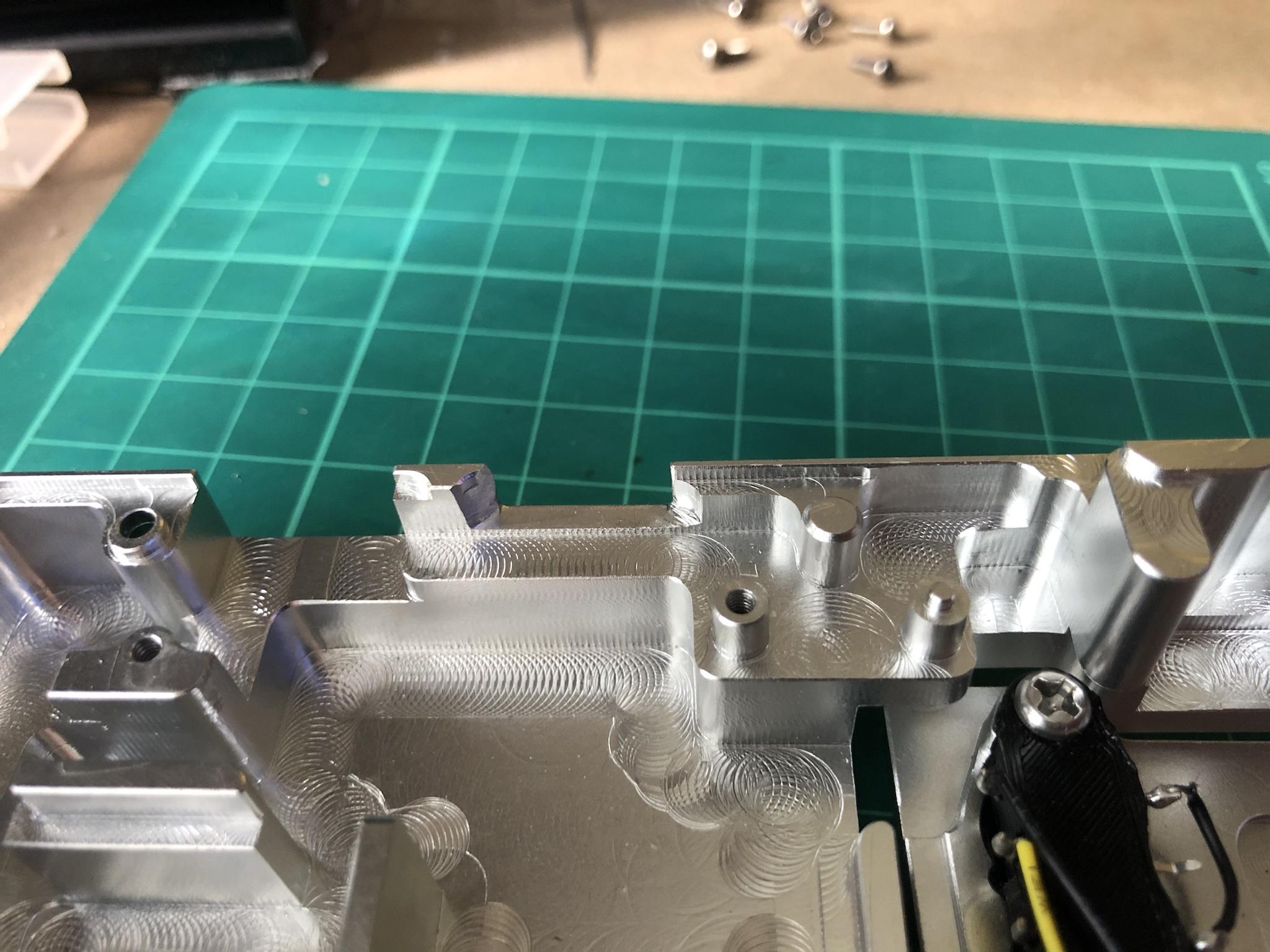 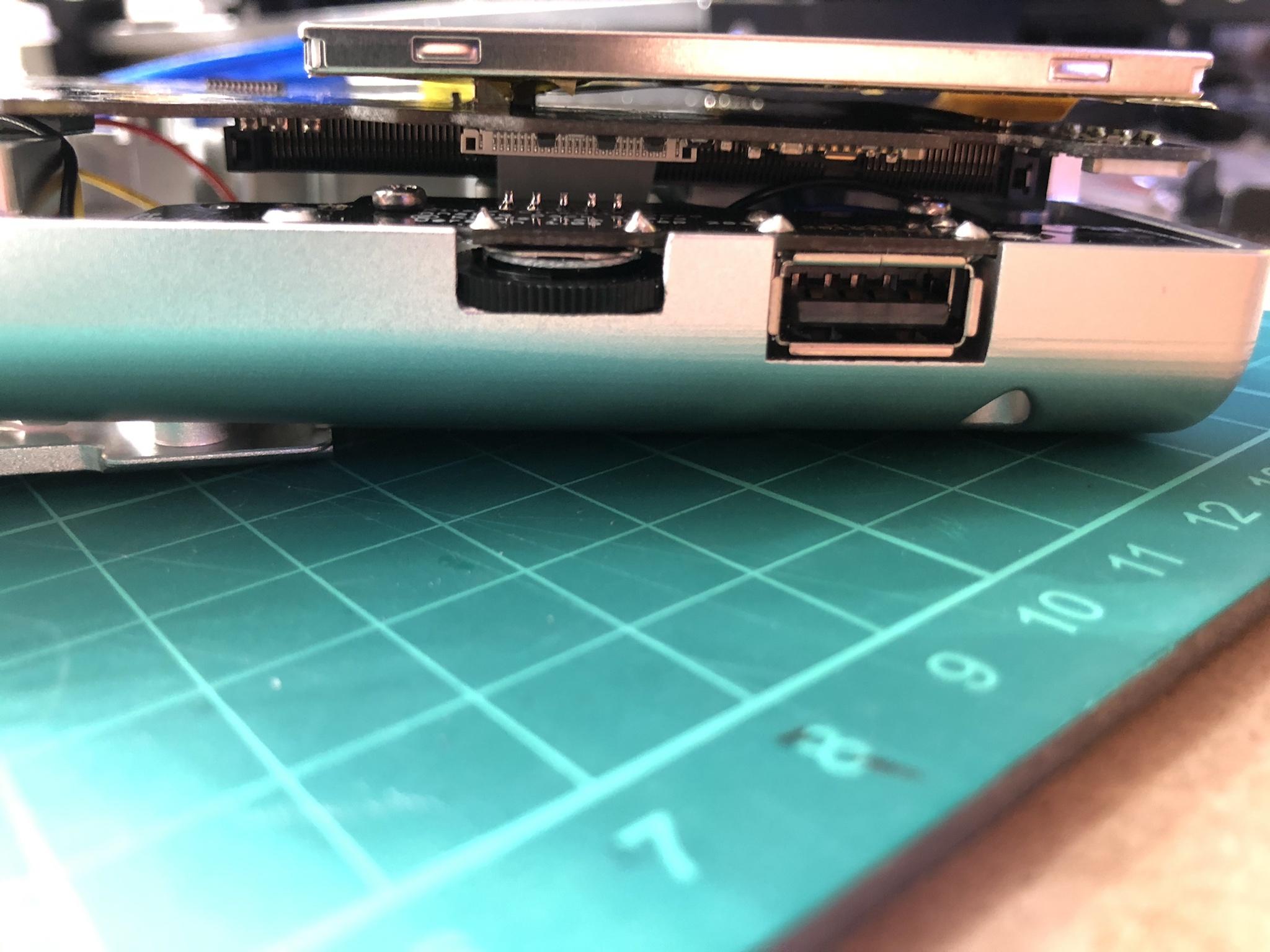 I haven’t uploaded the stl files yet. If you’re using a ps joystick they won’t be much help to you though! Or was it the back buttons holder?
Top

Thanks for the additions. The stick i will be using is from ps vita and needs the adapter board. Its very tiny, roughly the diameter of A and B buttons.

I ordered black DSL buttons. They seem to be original and have a white plastic insert. Letters cant be removed. Thanks to you I know there are other variants available so I will order another set with printed letters.

My order from boxypixel has just arrived. I will follow your advices and start a thread in the show-off corner once it is finished.
Top

Julago wrote: ↑
Fri Sep 18, 2020 8:19 am
Thanks for the additions. The stick i will be using is from ps vita and needs the adapter board. Its very tiny, roughly the diameter of A and B buttons.

I ordered black DSL buttons. They seem to be original and have a white plastic insert. Letters cant be removed. Thanks to you I know there are other variants available so I will order another set with printed letters.

My order from boxypixel has just arrived. I will follow your advices and start a thread in the show-off corner once it is finished.

My buttons were the cheapest I could get on eBay. I actually have another set if you want them, I’m in the uk so don’t know if postage will be possible?
Top
Post Reply
8 posts • Page 1 of 1