Hello Sudomod community,
So my first GBZ is complete, aside from a few small details I might add in the future. Lots of thanks to everyone here who's made one and shared their tips and tricks and how-to's, and their innovations, and paved the way so that other people could build one without too much of a headache. And thanks to TheHappiestBug for building me a GBZ so I could get hands on experience with one, and of course to play games on when I was frustrated with my build (and so that I could have one in my house and one in my RV

) I was able to find all the information I needed to complete my GBZ right here, which is awesome. I have quite a bit of experience building models (mostly car/plane kits, and a lot of WH40k) so I was able to approach my build in a similar sort of fashion. I got a lot of inspiration from Veteran Gamer's third build, and from erik_gee's WIP. Holders for the Pi, USB, volume pot, etc were made with layers of plasticard (old fashioned 3d prints!) Having two separable halves was a bit of a challenge, but after some trial and error and some couple do-overs I got everything to close up nicely. As far as future additions go, I think I might wire the LEDs on the powerboost to the cartridge reader as well, and have a set of power/charging/full/low LEDs inside of the cartridge.

I became interested in building a GBZ right after Christmas this past year, and with my bank account slightly swollen post holiday, I went on a small shopping spree collecting parts for my build. Being a first time builder I opted for an AIO, and turned to Ebay, where I found one. Fast forward a few weeks, browsing the forums, I found out about the controversy regarding these boards. But this is what I bought, I can't justify/afford to not use it. So I've made my peace with it, I hope you can too. I did my best to support honest people here on Sudomod when it came to parts for my build. 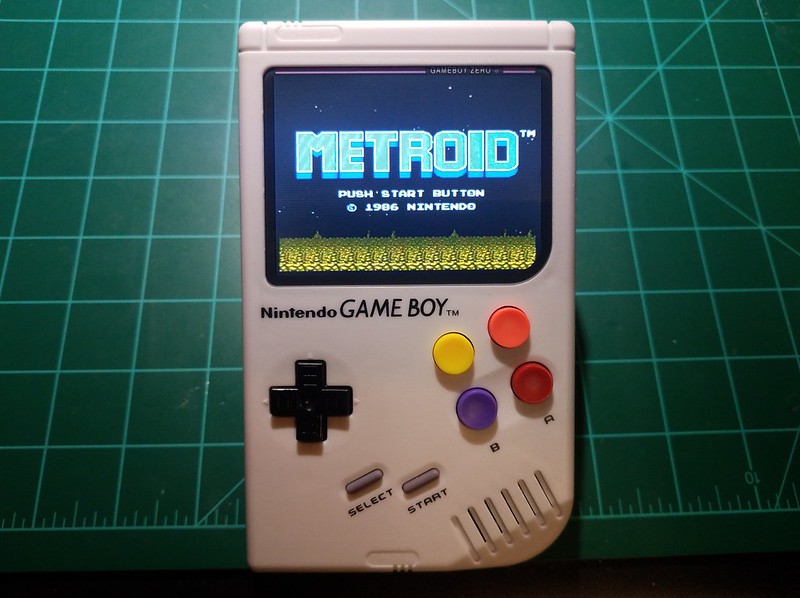 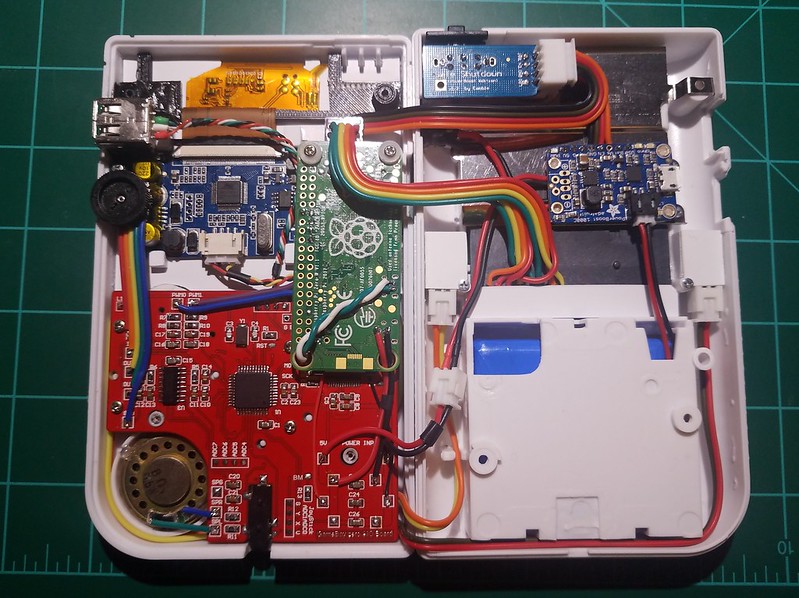 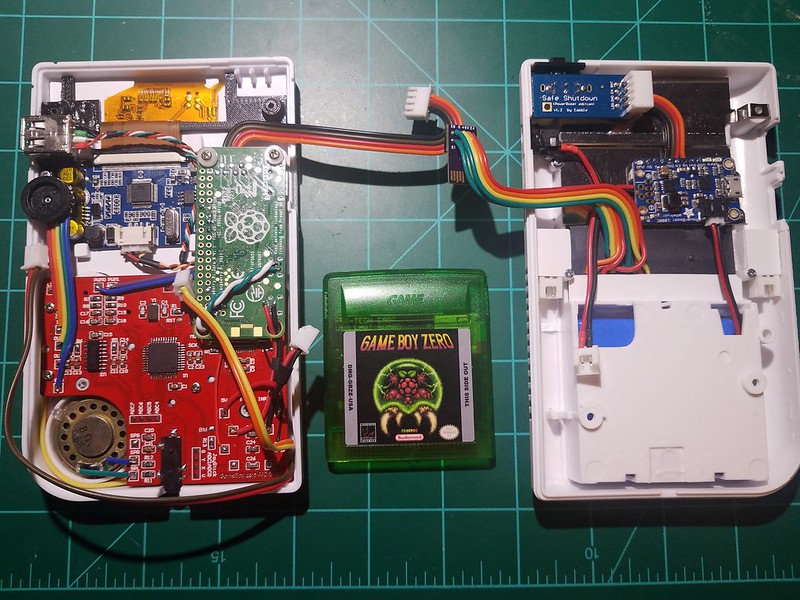 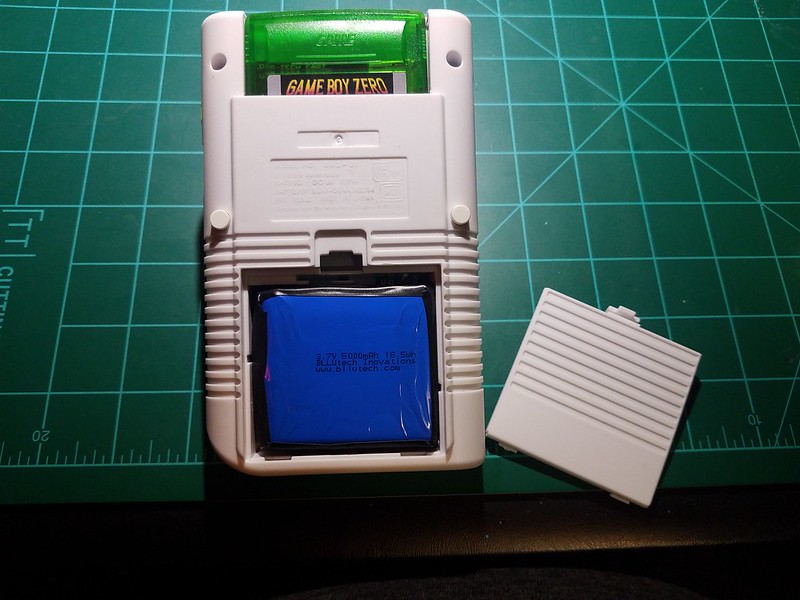 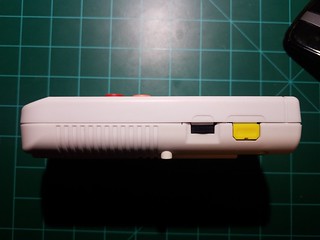 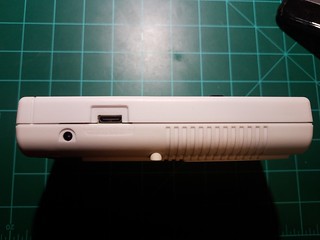 I decided to do my own spin on the "Colorway" buttons, haha

I used plastic welder/epoxy/and "Plastic Surgery" super glue to fix my plasticard/misc bits into place. The hdmi port is accessible via the old contrast hole, and with the usb port this GBZ can also function as a console (although with my inverted screen any TV/monitor connected to it has to be rotated with it's EDID tag. I also tried a script I found to rotate just the composite but couldn't get it to work right) I misplaced my white link port cover, which I will swap out the yellow one for (provided I can find it) I also used a black oil based Sharpie paint marker to color the inside edge of where I cut out the screen area, so no evidence of it can be seen when viewing at an angle. I will also be swapping out the green cartridge for a white one (I have a Tamagotchi cart on it's way from Japan) at which point I will be using that Metroid cart for my planned second build, which will be entirely Metroid themed (still in the brainstorming phase, other than the cartridge) I'm going to aim at making it fully loaded but with a common ground board. With everything I've learned here in the past few months I think I should be able to pull it off. I hope you like it, I'm happy to answer any questions if anyone has any. Thanks for checking out my first GBZ. Happy building!
-CrogDog
Last edited by CrogDog on Tue Feb 20, 2018 12:17 pm, edited 12 times in total.
My GBZ build (Separable halves, cart reader, no hot glue)
Custom "3D" buttons for GBZ, GB, etc
Top

I have one question: Where did you get the SD-Card Adapter from to connect the Cartreader?
Can you give some hints how to connect the wires then, this I have still ahead of me.

Thanks! I looked around a bit online trying to find a micro SD breakout board but didn't have much luck until I happened across the open source files for the one I used on an Arduino forum:
https://forum.pjrc.com/threads/36641-SP ... rd-microSD
I had a few of them made by Osh Park, although I forgot to check the .8mm option so I ended up having to file one end of it down a bit so it would fit into the sd reader on the Pi. I ended up making a new version of it with DipTrace that has a standard micro sd breakout printed on it (the one linked above has info pertaining to an Arduino project on it) Also if you want a wiring diagram I made for myself I can send you one too, just let me know.

Edit: Actually I'll just add that wiring diagram here in case any else wants to see 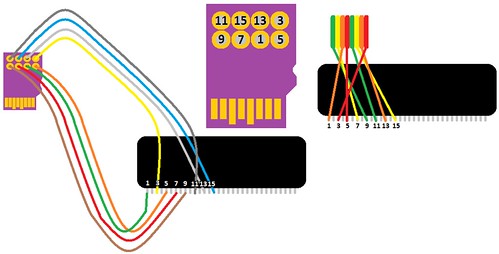 Thanks Rodocop, I've also enjoyed looking at all nine of your builds

I actually kind of forgot that was a feature on it, thanks for pointing it out, I should add that since it's a handy feature. As far as I know it should work fine with Camble's SS
My GBZ build (Separable halves, cart reader, no hot glue)
Custom "3D" buttons for GBZ, GB, etc
Top

Congrats,wonderful build and inspiration source,this is one of my favorites for sure!
I like the separable halves and the cable management.
Cables seem to me those breadboard jumper wires with connectors cut away, are they?
WHITE & BLACK GBZ (my first build, No AIO, Pi Zero W, 4000mah battery, JST connectors) [COMPLETED]
Top

Thanks!
Yes, basically that same kind of wire, you can buy it in rolls as ribbon cable. I think if I build another GBZ though I'll probably use a thinner gauge wire or use silicone coated wire, as the pvc coated stuff is a bit stiffer. I was able to make the bends in them by peeling the wires apart, bending them into that shape, and then putting a small dab of super glue on the backside to hold them together again
My GBZ build (Separable halves, cart reader, no hot glue)
Custom "3D" buttons for GBZ, GB, etc
Top
Post Reply
21 posts