Hardware-related questions that don't fit into any of the specialized hardware categories go here.
Post Reply
3 posts • Page 1 of 1

Hey guys! Im fresh out of the womb as far as Pi based gameboys as of today and I have a little experience with the Pi and electronics. I just got my first shipment of parts to start Building a game boy with a Pi3. The first thing im trying to do is connect the screen to the Pi 3 and test its functionality. I have the BW screen version 9 from Amazon. I have gotten no response whatsoever to the screen except one time when the screen turned white and then went off.

I saw where the wiki says to remove the 8 pin IC and bridge to the red power lead. Ive also seen several posts where the IC was not removed and its just bridged/ jumped from the appropriate points and worked fine. I wanted to try this because I would prefer to do that before I start ripping parts of the driver board....

The Pi3 is fresh out of the box. I have retropie loaded on it. It works fine when connected to HDMI and to a TV. I dont have any way to test by connecting the AV to a TV because I don't have that Head phone jack looking AV wire...

The issue is potentially a damaged ribbon wire because I didn't want to put strain on the screen and driver board by pulling at it to get the two separated so I used a razor blade to cut the double sided foam tape. I ever so slightly nicked the ribbon wire because I didnt know before hand that it was folded like it was between the two. Its a very tiny nick and I dont know if it even went through. Its the size of the tip of a needle. I figured if it was an issue, it would have just resulted in a partially dead image and I would still get some sort of image.

Here is my Driver control board 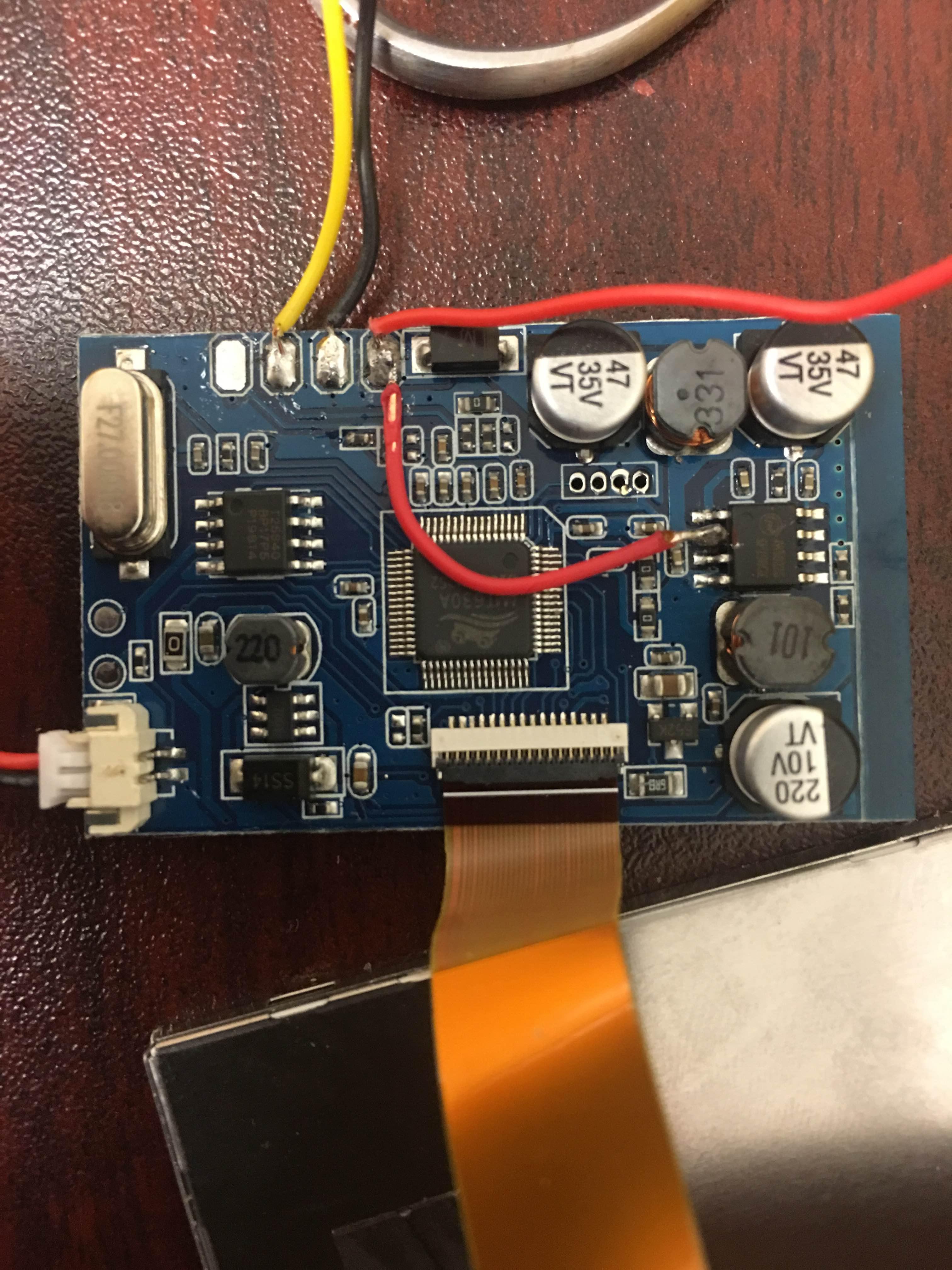 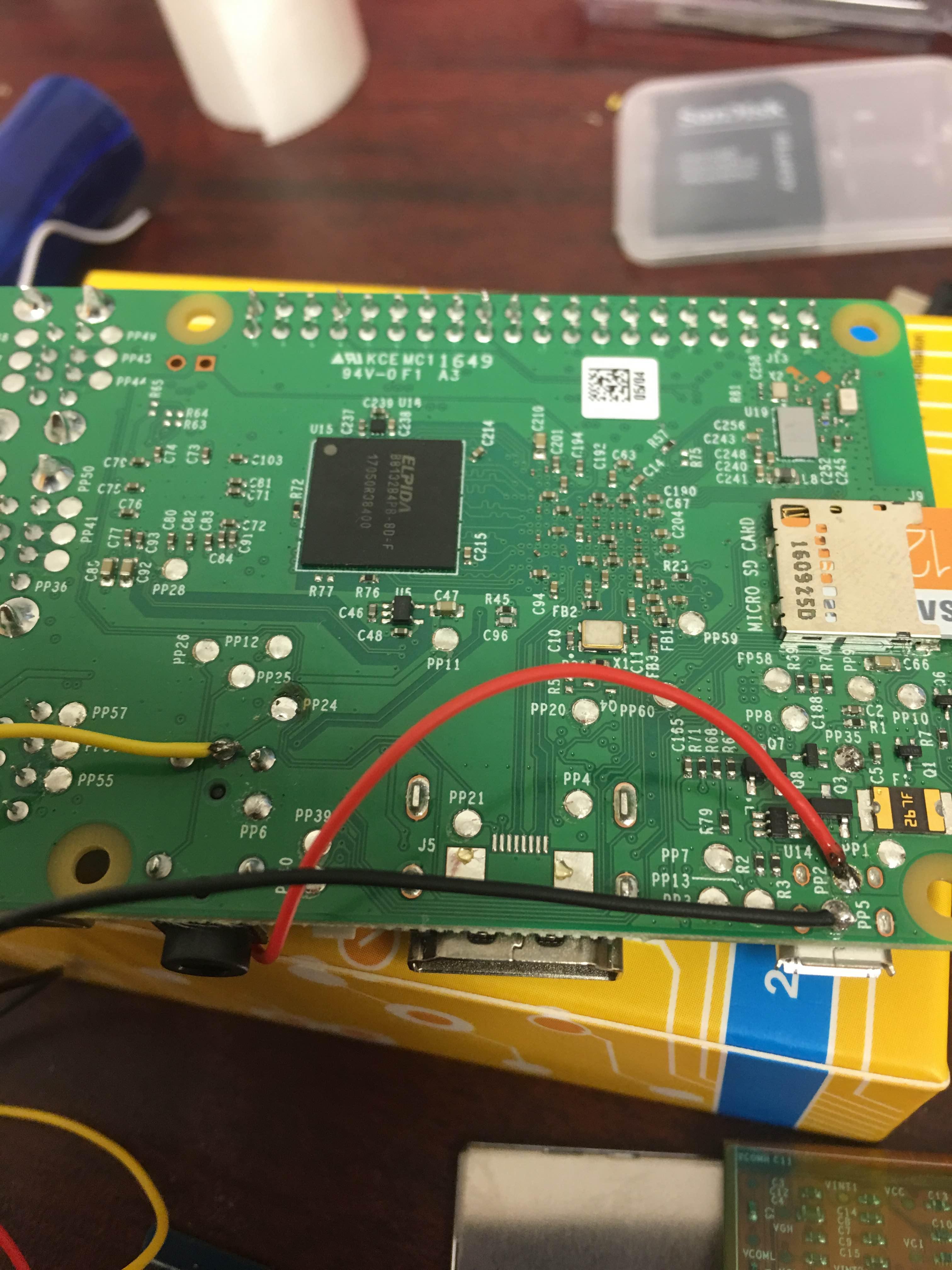 This is My ribbon cable. If you look where the 45 degree fold is, right in the middle, that's where the damage is. 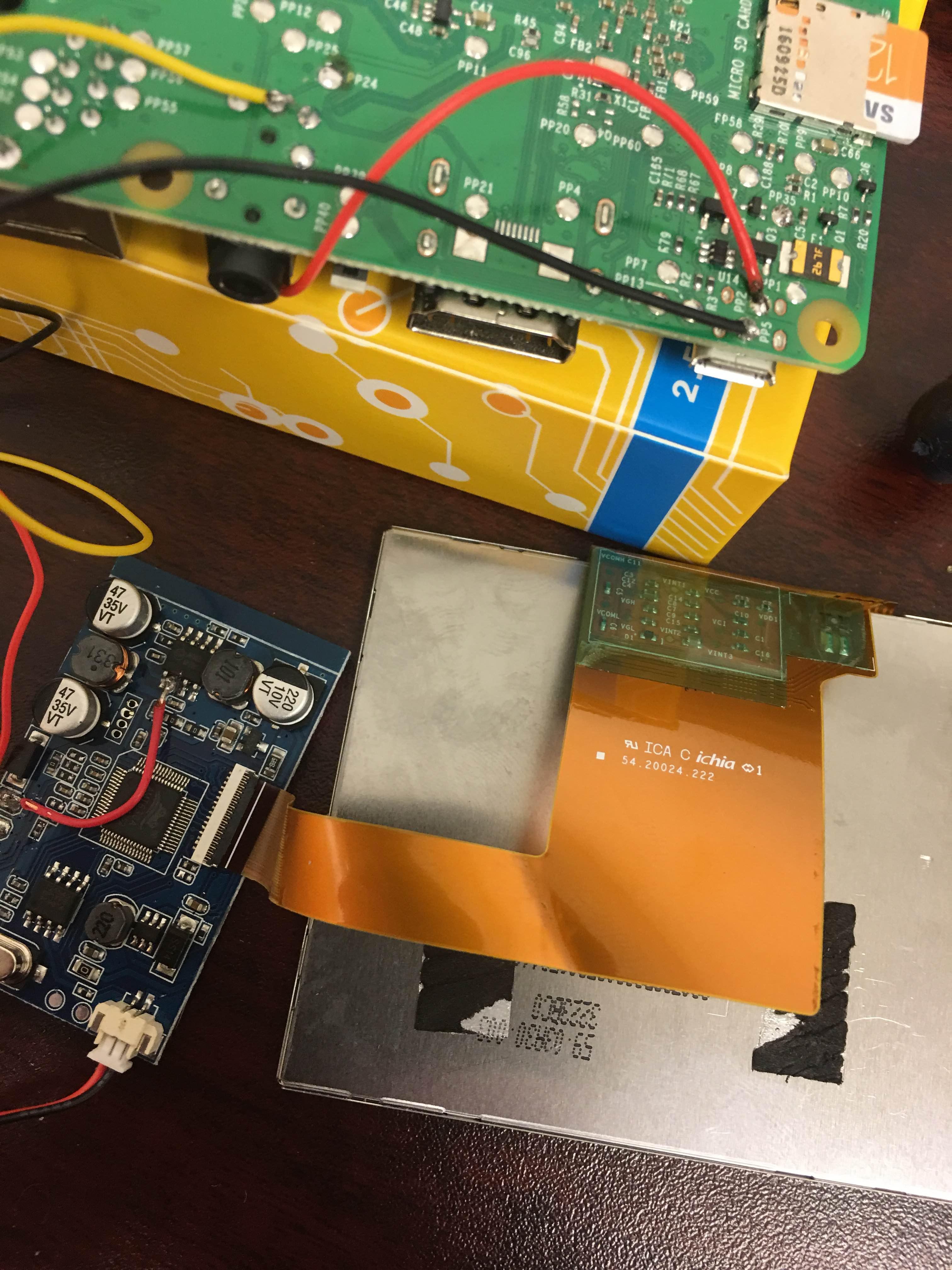 I dont know why the images aren't showing... This is my first post.

An Update: I happened to have a 12v power supply and connected the red and black wires to it. I disconnected the Jumper wire and left the yellow wire connected to PP24 on the Pi. Still nothing but black screen...

I also uncommented the PAL line in the config.txt file.
Top

If 12v doesn't work, sounds like the problem is your config file. You also have to power up the pi with no HDMI connected at powerup(this stumped me longer then I care to admit) or it wont output composite video signal. The screen wont even turn on the backlight unless its recieving signal. Personally i modified my variant 9 differently, but if it isnt working with 12v then i dont think thats your issue.
Top
Post Reply
3 posts • Page 1 of 1